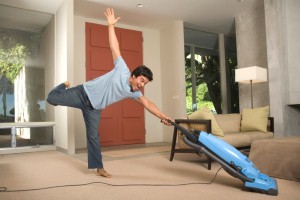 Hopefully by now you’re ready to `spring` into action for the unofficial start to the New Year. No time to recoil now, it’s time to come out of your hole and take a look around. No need to de-ice the car for much longer or put the heating on the blast furnace setting. The future looks bright and it certainly isn’t orange.

Spring is in the air although I have to admit it still feels like winter in most cases. You can usually tell it’s on its way by the gradual lighter mornings and flowers in bloom. Although a lot of people recognise that the beginning of the year is a good time for a fresh start and all the usual goal settings, I think we can all agree that generally January and February are rather quiet times. Cold dark nights and a large number of those rather SAD disorders are hanging around, of course some people are still recovering from the post-Christmas blues.

I think now is the time to well and truly get things into full gear. Hopefully by now we’ve all set some goals to achieve, signed up for that college course, started to learn Japanese and continued with the January special gym membership. We can’t use the weather as an excuse not to do things now and we’ve had a period to catch up with ourselves and hibernate for a few months. We can see more of our friends, people in general. Social suddenly becomes more sociable.

It’s also the time for a bit of spring-cleaning. Now is the time to de-clutter the home, dust the cobwebs away and realise that a certain item of clothing might never be worn. Those shoes really were a bad choice and that useless gadget that your Aunt gave you two years ago will never be used. I hate clutter personally so I always make sure I do it every so often. It always amazes me when watching a house move program on TV how much people do accumulate and are happy to have it on permanent display. I think some are just too scared to throw them away just in case they `come in handy someday`. It can be said that a good clean out also cleans the mind; so, make it your mission this month to have a good sort out also.

For me spring is my official start to the year. I have everything in order, know where I’m heading and have dusted away my own personal cobwebs. Hopefully you’ll be doing the same. After all, Easter is only around the corner and there are only two hundred and seventy-seven days until we’ll be opening our presents once more. Some of you may have already done your festive shopping, one of my colleagues at work already has. I guess that’s what she does with her January and February each year; each to their own…