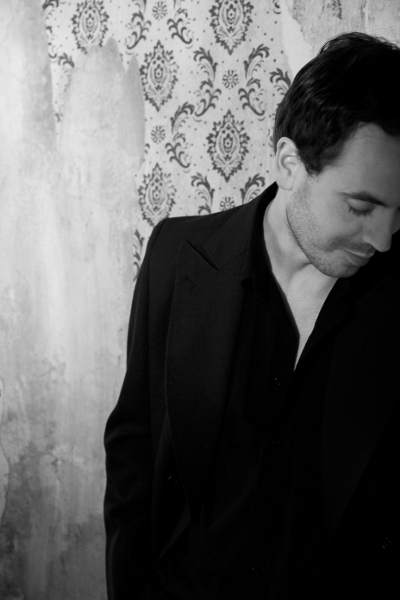 For anybody interested in the complexities and sonic beauty of the synthesiser, keyboardist and sound engineer Ulrich Schnauss would be happy to enlighten. Using music as a vehicle to escape the routine of normal day to day life, be prepared to be transported on journey within your mind while tranquil grasps of rich textures and layers interwine around you like an invisible force field, always moving yet never stagnating.

It’s this dynamic force field that has provided a musical catalyst to a successful career which started in his humble hometown of Kiel in Germany. As a yound boy Ulrich started playing improvised chord changes on his parent’s piano. While naturing his talent he became fraustrated by the lack of like-minded people to play with. This was soon diminished after discovering the world of synthesisers and the endless amount of creativity they offered.

Schnauss soon dicovered the electronic delights of acid house and the alternative guitar bands of the late 80s/90s. Having gathered enough fuel for inspiration, he moved to Berlin where he honed his craft and started producing atmospheric drum and bass as well as many other genre defying pieces of music.

As Ulrich’s confidence began to grow, he started to become more open to new ideas and decided to review his modus operandi. This wind of change resulted in the first solo album Far Away Trains Passing By, adopting the ‘less is more’ approach with its sparse scattering of harmony and melody. The follow up album A Strangely Isolated Place pushed the envelope out further to create a palette of euphoric inducing synth patterns and ambient tinged soundscapes. Goodbye, the album from 2007, saw a collaboration with live musicians and vocalists including Longview (he is keyboardist for the band), Chapterhouse and Judith Beck; Ulrich occasionally provides his own vocals just to keep things interesting. He has also produced recent albums for Kirsty Hawkshaw and Exit Calm.

Much of your sound is synthesizer based. How did you get into it? Who were your inspirations?

I grew up playing piano but really liked the acid house sound when it started to appear even on mainstream radio around 88/89. I was too young at the time to consciously realize that this was all synth based music. A couple of years later, LFO released the album Frequencies on Warp. The cover inlay displayed a list of their influences and Tangerine Dream was mentioned in there. When I first heard their music that was a moment of musical awakening. The realisation to me was that by using synthesizers, I’d be able to recreate the music I was hearing in my head.

With the advent of digital and computer based software, are you still using external hardware?

Yes, plenty. I’m not dogmatic about it though. I believe you can achieve great results regardless of what kind of equipment you’re using. For the kind of sound I want to create (warm, organic textures) hardware instruments definitely makes things a lot easier.

You’re working on a new album Underrated Silence, tell us more about that.

Underrated Silence is a collaboration album with guitarist Mark Peters which will get released in early 2012. We started working on some pieces for Gregg Araki’s kaboom movie and were positively surprised about the results, which made us decide to turn this project into an actual full length album.

What else have you got going on at the moment music wise?

I’m concentrating on my next solo album which is very close to completion. I have also been working on a collaboration with kirsty hawkshaw which should be finished soon. I’ve recorded a Detroit techno album with a friend from Berlin (Frank Mueller) and that was released on Mueller records recently. The project is called Beroshima and the album title is Polyphonication. I’m involved with several other projects which will be announced shortly.

Do you have a certain idea in mind when it comes to making music or do you let things take their own course?

I usually write the basic harmonic structure of every piece on the piano. Once I’ve settled on a chord sequence I like, I usually have a pretty clear idea on which kind of sounds would be most suitable. So it’s more a question of trying to get as close as possible to replicating the sounds you’re imagining rather than freeform experimentation.

You spend a lot of time on the road both for yourself and as keyboardist for UK based bands Long View and Engineers, tell us more.

I just generally find it inspiring and challenging to collaborate with other musicians. It forces you to try to understand different perspectives on music and constantly pushes you to learn new things. Besides that, playing in a band as a keyboarder is quite relaxing since you’re not the focal point of attention which makes it easier to actually enjoy playing!

What do you think of the current state of electonic based music today?

I think generally every genre seems to go through more and less inspired phases. While I was a bit fed up with electronic music throughout the last decade, I think it’s become extremely diverse and exciting again recently. Drum and bass seems to be on roll, there’s an almost endless amount of amazing releases and talent out there. It’s (not surprisingly) kind of the other way round with the indie culture. While there was certainly some good music between 2001 and 2006 (all the Shoegaze inspired bands and projects for instance) it seems extremely static and stuck in a routine at the moment.

What advice can you give to aspiring musicians or producers?

Try to do be original. There’s nothing wrong with showing your influences but considering the amount of music being released, what you’re doing should at least reveal an urge to create something unique. If so called ‘opinion makers’ tell you what you’re doing is not fitting into a particular genre then take that as encouragement to explore in an even more radical way rather than trying to compromise!

You’ve done many high profile remixes, any particular favourites or things in the pipeline?

I’m actually taking a break from remixing at the moment. I’ve done so many over the last few years that there was a danger of it turning into a routine. As I’ve explained before, the current lack of good indie music has certainly reduced my appetite to remix bands.

What to you think the key is to your longevity as a musician?

The answer to this has to be fairly similar to the one regarding the advice question. I really believe that it’s only possible to survive as an artist if you force yourself to constantly develop and learn, while at the same time retaining something that gives your music a more or less unique and recognizable signature.

What does the future hold for you?

I’m going to try and finish my solo album over the next weeks and there’ll be quite a bit of travelling. I’m playing one off shows in Japan, Israel and the USA.

Thanks to Ulrich Schnauss for the interview.

Written for Beat Magazine circa 2012