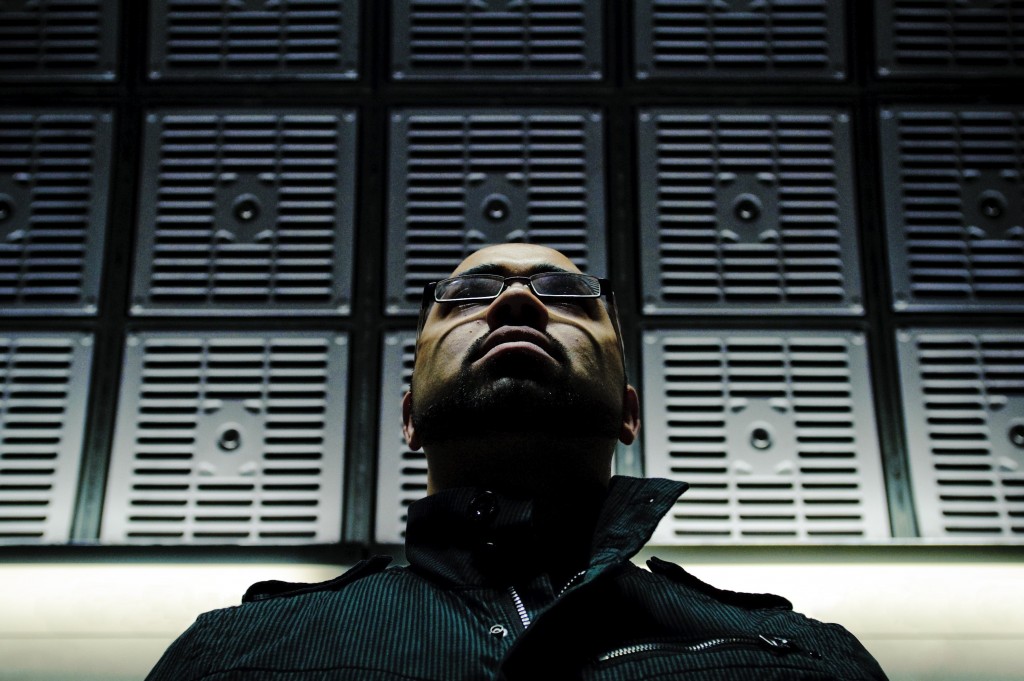 With deep pounding basslines and Asian influenced sounds, you know when you’re being experimented on by local Reading based act Engine Earz Experiment. The boys from Berkshire have already cemented their status as one of the first live dubstep acts in the UK whilst managing to muster a wealth of support from respected DJs and producers such as Zane Lowe, Adam F, Nitin Sawhney and one of the scene’s leading lights Benga.

Not content to rest in their musical laboratory, the band have taken their chemical reactions on the road to support critically acclaimed artists such as The Streets and most recently Tricky. They’ve also notched up appearances at Glastonbury and other festivals both in the UK and overseas.

Describing themselves as “Massive Attack for the dubstep generation”, their unique take on a popular music genre has been the result of lead producer Prash and his vision to infuse music that formed a part of an eclectic upbringing, including drum and bass, electronica and alternative rock.

That vision is certainly bearing fruition, the Guardian newspaper recently named him and his counterparts their band of the day. With a new single and debut album to be released over the Summer, I offered myself as a willing subject to be tested on and caught up with the man in question, to find out what really happens when the bunsen burner is switched on…

How would you describe your sound?

Definitely a core dubstep influence in regard to bass sounds and grooves but we get a lot of inspiration from other genres and places. So what some people would describe as “world” music, we extend this to a point where it also represents “struggle” for example, reggae out of Jamaica or Latin from Cuba. We then incorporate these feelings into what we’re doing and perform it in a live setting.

You’ve supported The Streets on their farewell tour and now you’re off to support Tricky. Tell us more.

Touring with The Streets was awesome, playing to three or four thousand people a night. Mike Skinner personally chose us to support him as he really believed in what we were doing. The response was phenomenal, the highlight was the last leg which took place at the Brixton Acadamy in London, definitely one of those once-in-a-lifetime experiences.

With Tricky I think our music resonated with what he’s about. We’ve been invited to do a DJ support tour with him around Europe so that’s going to be really exciting. We’re particularly looking foward to visiting Scandinavia as some of our material was inspired from the region.

Your single Reach You ft Lena Cullen has received much support and half a million hits on YouTube, were you surprised by its success?

Well it’s quite a mellow track for the genre but also emotionally intense which I think has been allowed to resonate with a broader audience. The response had been overwhelming and the track always goes down well in our live shows. I think the remixes by Benny Page and Chasing Shadows has helped propel the single into clubland territory, so we’ve seen our fanbase increase as a result. It was great working with Lena who is a gifted multi-instrumentalist and vocalist. A producer in her own right, she has already been hailed as “the Kate Bush of dubstep” so this can only be a good thing for the band.

Your album is due out shortly. What sort of music can we expect to hear and with whom?

The album is called Symbol. It will not only be a blend of music from cultures around the world but a representation of struggle and spirit within it. We had a vision to use dubstep as a medium of translation for these struggles, so that for us is what the album is about.

There is so many issues going on in the world that I feel as a musician, it’s my responsibility to carry that translation through. We have an amazing array of artists on the album including London based rapper Akala, British vocalist Jenna G and Golden Globe winning vocalist Lisa Gerrard who did the soundtrack to the filmGladiator. We also had Nitin Sawhney play the piano for us and Scandinavian chart topper Ane Brun also makes an appearance. All in all, the whole album has a very cinematic feel to it, expect heavy basslines of course but you’ll also hear some quality music as well.

You’re one of the first live dubstep bands to emerge from the UK. How’s the reception been so far?

When we did our first Maida Vale session, word about us spread around the internet very quickly which in turn tuned a lot of people in to what we were doing. It’s important that all the songs written are attuned to a live setting in some way. We don’t try to hard to achieve this as long as they are easily transferable. I think this filters through to the crowd when playing out, they enjoy it and the response has been great.

We’ve been very fortunate to receive excellent reactions to our performances, people go just as wild to the big musical moments as much as they do to the heavy dancefloor ones. That’s what allows us to move forward as a live band as opposed to a DJ say. One can bring different structures, experimentation and movements of sound to the table where as the other format is a bit more restricted in what you can get away with sonically. It’s also nice to bring in some classical elements such as flutes and guitars which makes the musical journey an allround better experience.

Any memorable shows or career highlights that you’d like to mention?

Firstly, we do two different types of shows. One is a more dancefloor/rave type affair such as when we played at the Outlook Festival in Croatia which was a straight up dance music onslaught and an amazing location to play at.

The other side for example saw us playing at the Queen Elizabeth Hall in London which is more of an “art” based venue. We made much more use of our visuals there and the acoustics were second to none. Due to these facts we were able to present our sound in a way we never thought possible, almost perfect. It’s every musicians goal to translate visualisations of a piece of music to an audience the way he or she intended, so that performance will go down in memory.

You’ve recorded two Maida Vale sessions for the BBC, tell us more about them.

The first session was recorded for Radio 1 and it was actually one of our first appearances together as a band. We did it over the course of two weeks and played around with many different styles, showcasing all areas of our musical palatte. We did our second session for Radio 1 Extra where our single Reach You was first aired. This session was less of a collaborative one than the previous and it gave people a taster of what they could expect to hear on the album, as by that time it was taking on shape and form.

There is a video taken there of one of our songs Kaliyuga where we break down the track into its constituent elements. Everything played is hundred percent live including the use of sitars, tablas, real basses and strings. It also happens to be one of my favourites and people can really see the effort we put in to achieve our sound. The video gained quite a large following on line, so it’s very special to us.

What does the future hold for you and the band?

I’ve just been doing some scoring recently for a film entitled Everywhere and Nowhere which is due out in the cinema shortly and would definitely want to do some more work in that field. I’m also currently involved in a project with Nitin Sawheny culminating with an appearance at the Royal Albert Hall in London. We’ll be doing some more touring to promote the album of course and there are some collaborations in the pipeline with some of our favourite dubstep artists including Bare Noise, Trolley Snatcha and Josh Steele. Liam Howlett from the Prodigy loved our track They Live so I’m hoping to do everything possible to get in the studio with him. We’ll also be looking to write album number two and more remixes, just generally pushing our sound foward as best we can.