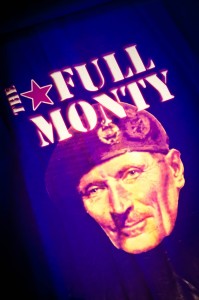 All roads entering Windsor and surrounding areas on the last Saturday in May led to The Full Monty, a legendary local-bred club night which held its summer special at the prestigious Royal Berkshire Polo Club in Winkfield. The spectatorship was high, the atmosphere electric and the selected team of ‘disc jockeys’ were on all four musical cylinders, riding the rhythms of dance music both old and new.

For those not aware of the the infamous Monty parties, promoters Dave Daniel and Mark Barclay started hosting the nights in the early 1990s, taking on such venues as Henry’s in Burnham Beeches and Mirage in Windsor. They also did numerous stints around London and even branched out as far as New Zealand. Despite being in close proximity to the capital, the crowds attended in their droves and this certainly paved the way for dance music in the Thames Valley area. The nights mainly cater for house music and its various mutations although there’s no strict policy on what can be played.

Having never attended a ‘Monty’ party before, for once, I was able to get my name on that list and step into the shoes of those that had during the course of the 1990s and beyond.

With a DJ line up consisting of heavyweight veterans of the scene such as Justin Robertson, X-Press 2 and Nicky Holloway, the hefty mix of nostalgia and music was always going achieve high ratings on the scorecards.

On my arrival to the magnificent polo ground I could see two large white marquees to the rear and the convoys of cars and people making their way in that direction, the distant sound of music pulling them in like a tractor beam. Forget the endless queues and awkward security searches at the door, there was security of course but it was quick, relatively painless and much more friendly than some other clubs I’d been in. On entering the marquee I could hear Gonna Miss Me by The Turntable Orchestra, a true dance classic from back in the day being played in one of the rooms. Heading in that direction, I discovered this to be the smaller, more nostaligic one and it was sounding good. DJ Marvin Conner was up on the decks playing all manner of classic House music from the 80s and 90s. The room was starting to fill up nicely and the shaking dancefloor (literally) only added to the momentum. Walking through a long white passageway to the main room, I was greeted with sound of Steve Proctor and judging by the crowd reactions he was obviously doing a good job in working them up to a sweat.

The decor around was excellent with plenty of backdrops abound including huge hanging flower shaped lights and flying saucer like ceiling decorations coming down from the heavens, bringing new meaning to the phrase “we are not alone”. UFOs aside (or should that be above?), I managed to have a few conversations with some of the party goers, most telling me about their early clubbing experiences with the ‘Monty’ and asking me if I had been there too. It appeared to me that the majority of the crowd were some of the original followers, no bad thing. I had to be honest of course and explain it was my first time but being a rather friendly bunch, they proceeded to do their best and eductate me on what I’d missed all those years ago before running off to dance to another monster anthem played by the legendary DJ Nicky Holloway, who was now in control of the proceedings. After meandering round to take a quick look at the smaller room which by now had gathered much pace, I set up camp for the final set of the night in the main one which saw Justin Robertson take the helms.

A prolific DJ and producer, listening to his set was a solid reminder of how a DJ can still save your life. A diverse selection of music was played from acid house to disco. The room was literally full now and the plethora of smiling faces and hands in the air provided a truly memorable party atmosphere. The sound system was just right, not too loud and the awesome light show was ‘spot on’. It was evident by the final tune of the night that nobody wanted to leave, the calls for “one more” eminating from the air, always a good sign of a successful shindig.

Judging by the knowledgable crowd and diverse age range, it would appear that the Full Monty crew has managed to keep their devoted dancefloor disciples firmly in tow. It still seems to bring many a retired clubber out of the woodwork and it does so because of the hard work and genuine devotion from the promotors behind it. The two main ingredients for a great night are truly catered for, that is the mix of people who attend and the music being played. The latter is down to the careful selection of DJs, most have been around since the very beginning and played vital roles in the progress of The Monty in the early days. The night also celebrated its 20th birthday last year, a hugely respectable innings and we are promised more re-union parties in the future. So for anyone out there who still hasn’t been, get your dancing shoes on ready for the next one. I’ll be waiting for you at the door.