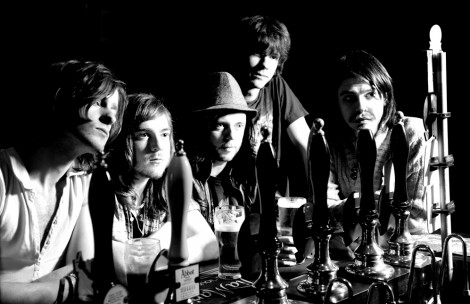 For five ambitious young men who wish to break free from ‘small town nothingness’, the exit to the motorways of success seems to be widening at an alarming rate. Using the influence and back drop that is their home town of High Wycombe, musicians Alex Gold, Maz Manzini, Alex Kew, Alex Valentine and Samual Terrific are using the urban sprawl to fuel the creativity, much like many other bands and artists have done in similar situations, the resultant force being able to create music with attitude and grit.

Initially meeting whilst at Buckinghamshire University, the boys entered the world of rock and roll. Endless parties, rehearsals and student union gigs followed, much of it taking place at their communal squat. They also played regular shindigs at friend’s houses, local pubs and, some legal, some not so, back at their tempory ranch.


Steering the ship toward London the band have made significant impact on the scene playing at The Water Rats, 100 Club, Camden Underworld and other such rock and roll venues garnering support from Glen Matlock, The Joe Strummer Foundation for New Music and Rodney Bingenheimer from KROQ radio, Los Angeles.

Gradually building up a steady fanbase, the lead singer Alex Gold realised his songwriting sketchbook was also getting rather full so the band decided to take things up a notch and release some of their own material. The first EP entilted EP1 came out in 2009 on their own label Very Decent Music and received critical acclaim. The follow up EP2, despite the simple title is anything but. Although the boys will tell you that “to define their sound would ultimately destroy its existence and undermine the point of it being produced!”.

Tell us about your early days with the band.

We started off as ad-hock operation, not really a band as such but just a bunch of friends playing around and having some fun. Gig wise it was just about being able to perform at any venue which would book us at the time, we’d sometimes just turn up with our guitars and hope for the best. From there it was a gradual progression into band status.

Who or what are your influences? How would you describe your sound dare I ask?

As a band we won’t really describe our music as we don’t really know ourselves. The five of us have different reference points, for example, Maz likes his heavy metal, Alex Kew likes his folk and myself the rock and roll from the 50’s. All those strands of influence mould together in some way or other. There’s no grand masterplan, although I can’t speak for everyone else. I personally don’t think about our sound as such, it just happens.

What made you want to start your own label Very Decent Music?

It’s so difficult to get signed these days. The whole music industry has changed over the last 5 years or so. Back in the day as a band, there would be a dream to get swept off your feet by a large label who’d look after you and keep one firmly above water. That sort of model doesn’t really exist anymore and technology has certainly played a part. The only viable way for us to plough on was to start our own label. Whilst we do enjoy the independance and creative freedom that comes with taking care of business yourself, it’s still out of practicality really.

Your debut release EP1 received some well earned positive reactions and the follow up EP2 is out on the 4th July. Tell us more about them.

We had no PR or marketing involved with that release which for the next one there is, so there was a need to push things a little harder, go completely DIY basically. The reaction was amazing, resulting in a feature for Word Magazine and support from BBC Radio DJ Steve Lamacq who promptly declared us as one of the best unsigned bands in the UK, an amazing confidence booster. Glen Matlock and even The Daily Mirror have expressed support. Music is always a funny one because people have different tastes and preferences but I think the endorsement of someone who is trusted in the scene kind of seals the deal when it comes to up and coming bands.

With EP2, it’s a bit more stipped down than the first one and we’ve gone for a more acoustic angle. Once again there is further experimentation to try and do something a bit different to the last EP; what can’t be done,what can be done, in order to see how far the boat can be really pushed out. Most of the album was recorded at home which is shared by all of us and I like to think there is a good variety of music on there. We used a lot of different instruments, so all and all, an acoustic wonderland! 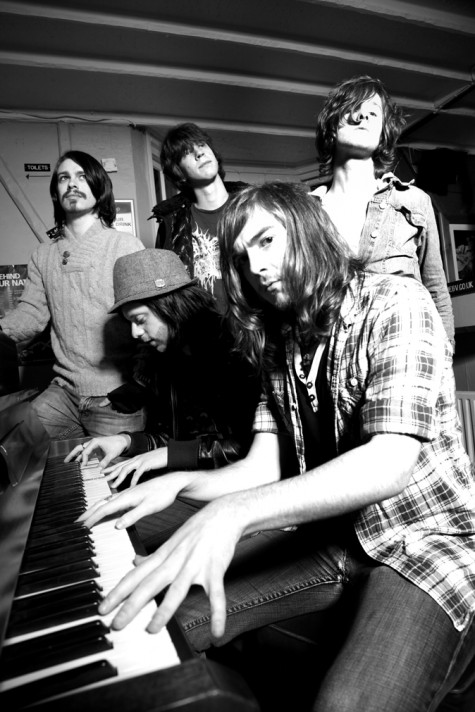 Could an album be on its way?

We are going to do another EP after this one then perhaps an album, let’s see what happens. It’s on the cards and the water is being tested at the moment. It would be nice to do a full length player and do it properly. Like anything you take into your own hands, one has to excercise slight caution just to see where you stand in the grand scheme of things, but an album is on the cards one or two records down the line for sure.

You’ve played at some well known venues including the famous Alan Magee’s Death Disco, any favourites?

We’ve just come back from Bruges this weekend with four of our favourite bands which was nice, playing in front of some screaming Belgian fans! Elsewhere, there have been stints in London, Birmingham and other parts of the UK. I have to say the trip to Belgium was fantastic, we hired some coaches, took a film crew and it was everything you could hope for and more, I think the boys would agree. There was great company too and it was just a state of euphoria the whole weekend for all involved.

You’ve supported the likes of The Divine Comedy and Billy Bragg, how was the experience?

It was great, these are artists we’ve been following for years and years so it was pretty special. It was almost like they had never existed in the human sense. You get so used to watching them on TV or listening to them on the radio that when you see them in the flesh it’s almost too surreal to believe they could possibly be near you. It was quite overwhelming in a way but equally good to put on our CV.

Where can the fans see you play next?

We have regular appearances at Alan Mcgee’s Death Disco nights in London and also at a new festival in Aylesbury called the Close-Up festival which I’m really looking foward to. We will also be supporting The Divine Comedy once again and another festival appearance at The Folk on the Water in Leamington Spa. Another tour to Europe is in the pipeline, although we like to space out our gigs to make them more special.


Thanks to Alex Gold for the interview.