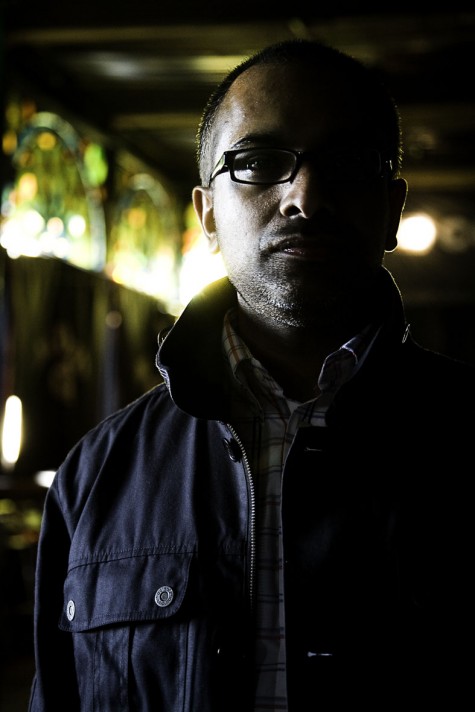 Some people are happy to keep things to themselves, whilst others like nothing more than to share every minutiae of their daily existence to the world around them. I’m wondering which end of the spectrum Rob Luis prefers? As a DJ/Producer/Club Promoter and record Label owner I doubt if he has much respect for gossip, lies and time wasters. Perhaps, I wonder, that’s why he choose the name Tru Thoughts for the label?

It’s been a win-win situation for Rob ever since he started off as a DJ during his teenage years. After catching the bug he then moved to Brighton, saw a gap in the market for nights that could cater for a more eclectic music policy and capitalised on the opportunity. The resultant force was two legendary nights in the 90?s (Shake Yer Wig and Vibez Express), bringing in DJs from all over the world and supplying crowds with a weekly dose of hiphop, funk, breaks and soulful sounds.

After making a name for himself, starting a label seemed the natural progression.

With a vision to release quality music regardless of genre and trends, Tru Thoughts has nutured artists such as Bonobo, Quantic, Alice Russell and Nostalgia 77; all are now household names. The label has also done much for the UK hiphop scene, with the spin off imprint Zebra Traffic. Rob also hosts his weekly radio show on Juice FM based in Brighton, and still finds the time to DJ the world over.

You’ve been running your label Tru Thoughts for many years now. Tell us more about it.

It is an independent label and we have been running for 12 years in September. We have artists signed from across the world and we cover all styles of music on the label. It is well worth checking our website or the Tru Thoughts YouTube channel to see what we do.

What music can we expect to hear on the label over the forthcoming months?

We have the Zed Bias album which features Skream, Mark Pritchard, Dynamite MC and Jenna G amongst others. We are releasing The Best Of Quantic album celebrating 10 years of him being signed to Tru Thoughts. We have signed a Japanese artist called Anchrsong who does beautiful epic music and Beta Hector which is a psychedlic, disco, heavy beats project.

What are you looking out for when signing new music?

Any style of music as long as it has a soulful feel in some way, be it electronic, analogue, vocal or instrumental, sung or rapped.

How did you get into the music industry to start with?

I was into the more underground hip hop from the age of 11, which I got introduced to by some older cousins and I had my first paid DJ gig at sixteen. While studying at University in Brighton I started a few club nights (Shake Yer Wig and Heavy Vibes) and then got to a point of wanting to start a label. I had no connections to the music industry but was always into finding new music that the mainstream ignored and exploring old music too. 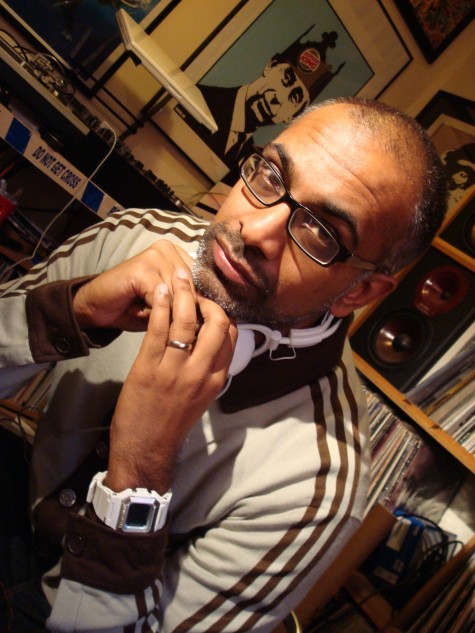 You were one of the original promoters in Brighton for eclectic music back in the day. Are you still running your own nights down there?

I don’t have time to promote nights anymore as the label keeps me very busy but do have a residency on the first Saturday every two months at the Green Door Store in Brighton. I play a five hour set from 11pm-4am, it’s free entry.

You also host your regular show on Brighton station Juice FM. Tell us more about it and about the musical concept.

The show goes out every Sunday from 10pm-12am and we hope it rounds off the weekend in Brighton. It covers all types of music from bass, reggae, soul, hip hop, tropical, drum & bass, jazz, dubstep and funk. I get regular guests doing mixes for the show. It’s also available as a podcast on the Tru Thoughts website and to stream via Mixcloud, so we get a lot of listeners across the world too.

You’ve had numerous well known DJs and Musicians come from all over the world over to play at your nights. Any particular favourites or memories?

So many favourites starting with Basement Jaxx, Norman Jay, James Lavelle, Rodney P & Skitz, 4 Hero, Ross Allen, Gilles Peterson, Matthew Herbert, The Nextman and Eddie Pillar. I wish I had taken more photos when I think back to it! 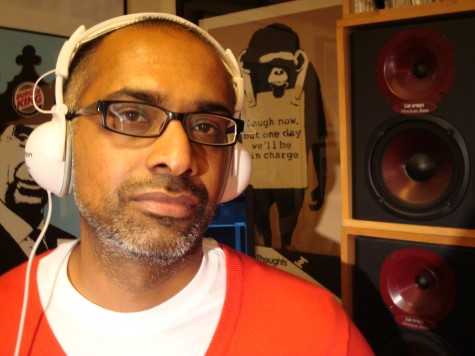 Tell us more about your music background in general and inspirations for both DJing and producing your own music.

My Mum is a big Cliff Richard fan, which I think is as good inspiration as anyone needs to search out other music. I grew up in East London but went to school in Essex so had hip hop and soul influences musically from pirate radio at the time. The first big radio show for me was listening to Tim Westwood on LWR in London. I went to UK Fresh 86 and also snuck in the cinema to see Beat Street, which were both great influences. I always wanted to DJ but never thought deeply about making a living from music. I just wanted to buy records and DJing seemed to be a pathway to pay for the records.

DJs who have had a big influence on me are Afrika Bambaata, just for the fact that he played whatever was funky rather than ‘hip hop’ as the genre is defined by many people today. He played soundtracks, electronic, rock, pop, TV themes but everything was soulful and funky.The next is Mr Scruff – and one of the best in the world in my opinion. To anyone who has never seen him DJ you have missed out on a great musical club experience! There is also Tim Westwood, Gilles Peterson, Ross Allen, Patrick Forge and Benji B.

What are your ‘thoughts’ on the Brighton music scene right now?

There are plenty of artists and gigs going on, so there seems to be a huge amount of creativity here still.

You’re very busy, being head of A&R, DJing and promoting. What does the future hold for you?

Hopefully I can continue to sign and support artists on the label, to release good music and help artists to make a living from it. I also hope we can offer an alternative to the majority of ‘supermarket’ sounds that are currently in the UK Top 40 and Radio 1 playlists. Things seem to be doing OK at the moment so I just hope we can keep up providing music that people will like.

You’re stranded off the coast of Brighton and only have three records with you, what would they be?

This would change every day but today it is…

I have just watched the documentary Beats, Rhymes & Life, The Travels of A Tribe Called Quest. So have just pulled all my vinyl out.

This current release is a double CD so would be a good way to remind me of all the artists on the label.

A slight cheat with a box set but if stranded I want as much music as possible. If I had to take one Fela Kuti album it would be Expensive Shit as it has Water No Get Enemy on it.