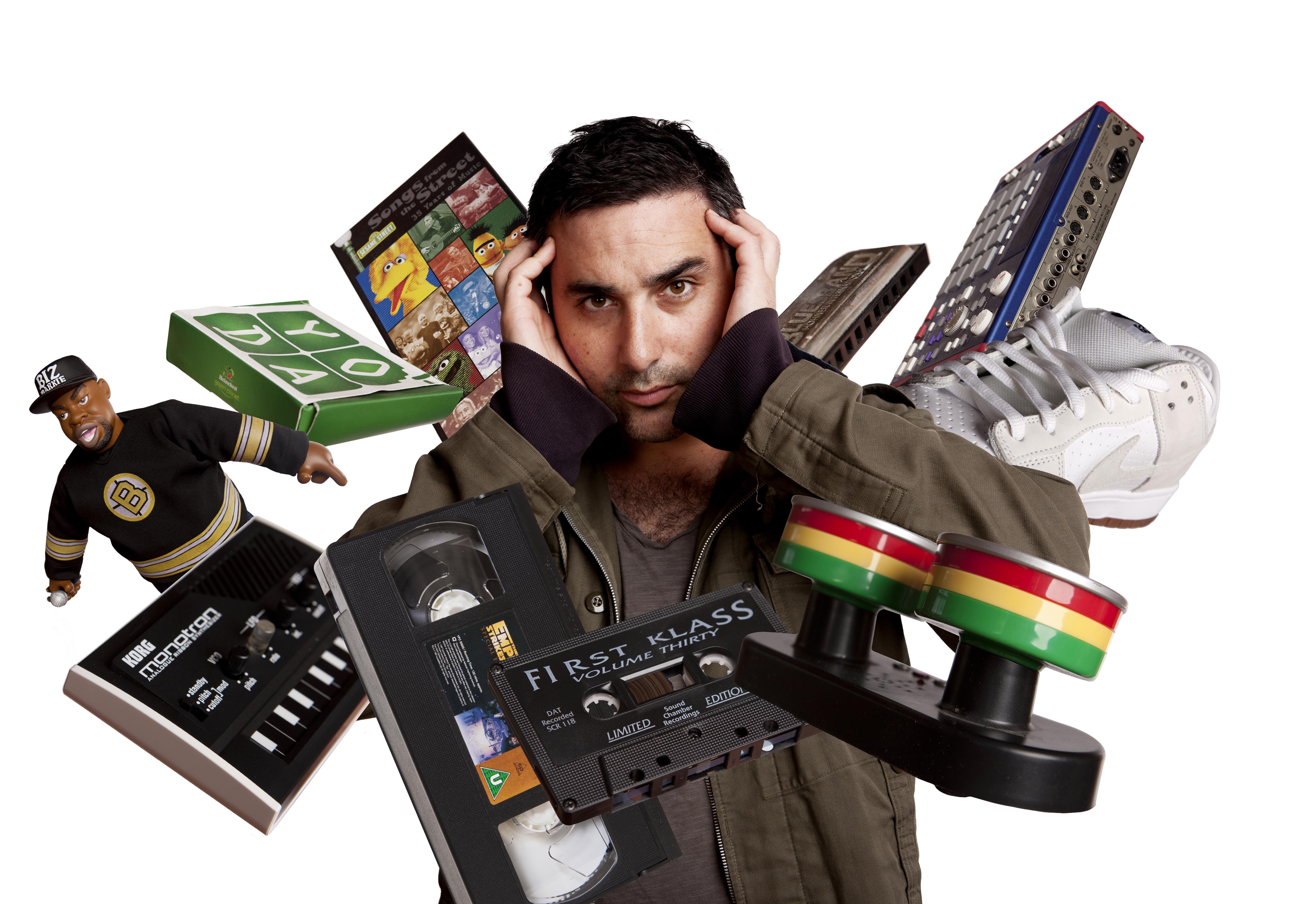 The force is certainly strong with Duncan Beiny, otherwise known as DJ Yoda. This man is not just your average scratch DJ, instead he has taken a few steps (or should that be scratches) forward to incorporate visuals and humour, resulting in a stunning live show that has been captivating audiences world-wide. Using snippets of classic movies, YouTube videos and TV, he manipulates these scenes to create unique DJ mixes and re-edits. For the uninitiated, expect to hear a musical score of hip-hop, drum and bass, funk and even country and western to provide an all-round cinematic experience. Hip-hop connection voted him “One of the top three DJs in the world”.

As one may suspect, humour plays a big part with DJ Yoda and he doesn’t take himself  TOO seriously; it’s all about the party atmosphere.

With an impressive list of achievements that could cover a life time including an appearance at the HBO comedy festival with Steve Martin and Chris Rock, DJ Yoda has been touring extensively, playing sell out shows wherever his turntables dare take him. He has also released numerous mixes and compilations including his how to cut and paste mix CD series, a critically acclaimed Fabric live mix CD and the debut album The Amazing Adventures Of DJ Yoda, featuring hip-hop heavyweights such as Biz Markie and The Jungle Brothers. DJ Yoda has also contributed to various media platforms even mixing up the Champions League highlights for ITV’s Champions League Final. He has also been instrumental in pioneering the use of scratching and mixing of visuals over DJ sets, creating his own ‘musical scores’ including DJ Yoda goes to the Movies and Nation Video Vacation. DJ Yoda has also ‘re-scored’ Ferris Bueller’s day off and The Goonies.

You’ve achieved much over the last few years with a long list of sell out gigs, collaborations and other such appearances. What do you hope to achieve in 2012?

I’m hoping to finally get my second artist album out and feeling pretty sure I will because it’s about ninety-five percent finished now. It’s called Chop Suey and I’ve worked with different vocalists on every track which is part of the reason that it’s taken so long. Other than that, I want to continue touring, developing my live show and sample as many new breakfast cereals as possible!

You’ve already released numerous albums during the course of your career in music; do you have any forthcoming releases over the next few months?

I may have just answered that one above although I will also have a mix CD coming out this summer with Dan Greenpeace, called Unthugged 3D. All I can say is, if you’re a fan of my early mixes then you’re going to love it, so keep a look out for that one.

Q Magazine has listed you as one of “The 10 DJs you must see before you die”. How do you feel about this? What sets you apart from the rest in your opinion?

I try not to take comments like that too seriously – partly because I’d end up with a big head. The main reason is that I understand the politics of these things and it’s more important that I’m happy with what I do on a more personal level. I think what sets me apart from anyone else is just being me and staying true to what I love. 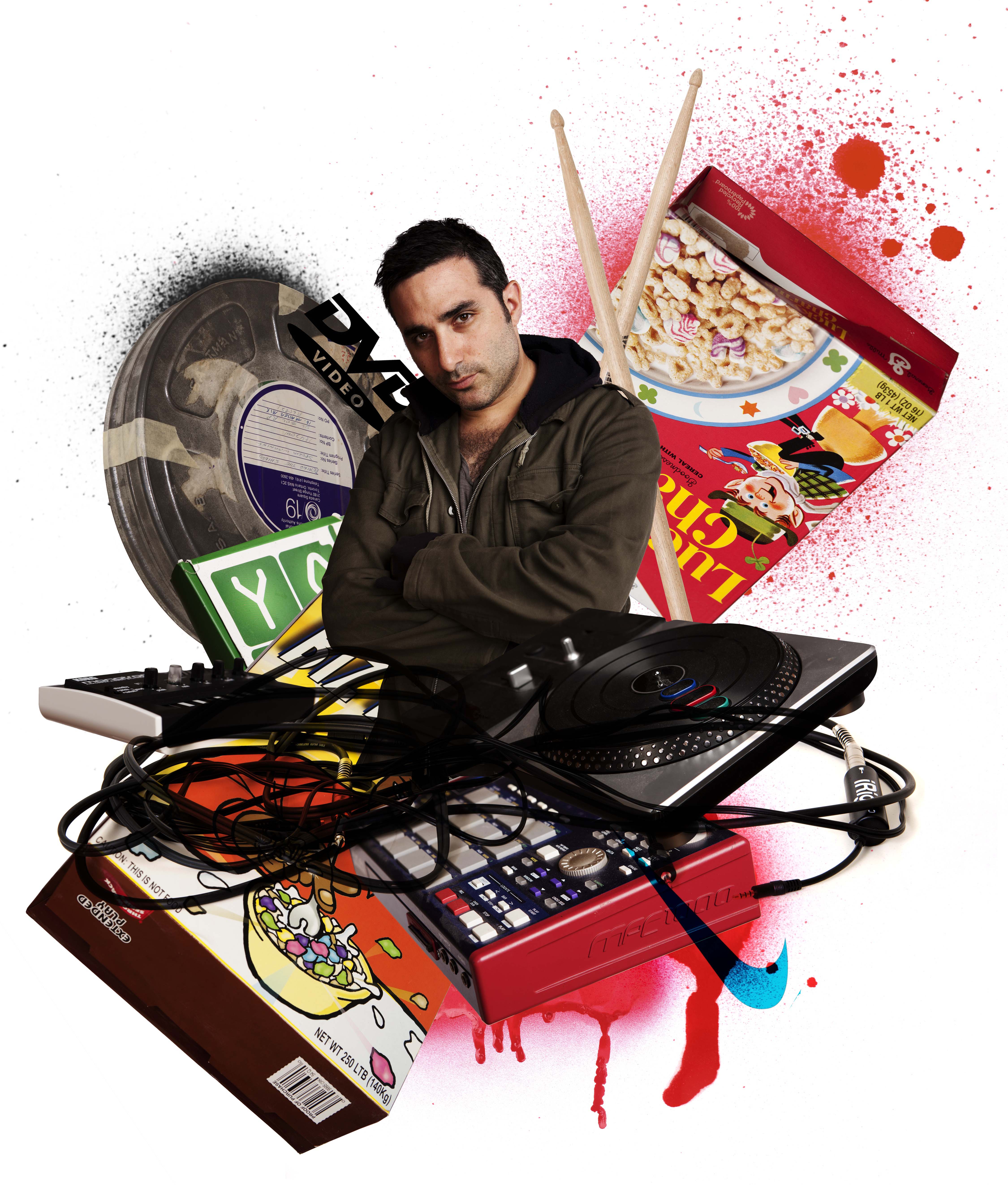 You’ve been credited with putting some ‘humour’ back into hip-hop but what attracted you to the genre in the first place? What do you think of the current state of it?

It’s difficult to say what attracted me to hip-hop in the first place as I feel like it’s always been in my bloodstream for as long as I can remember. The first music I remember hearing was 80s pop and rap and it just clicked with me. As for the current state, well I think things are looking really good at the moment. Five or ten years ago I thought hip-hop had reached a really bad place but now there’s a lot of great new artists around; check out Action Bronson or Sway for instance.

How did you come up with the idea for the visual side of your shows? Can you also tell us about some of the thought processes when putting a show together?

I was using audio samples from movies and TV shows in my mixes from the very beginning. Luckily, the technology came out that allowed me to mix and scratch the actual movies themselves, so it just seemed to make sense. Now I put my audio-visual show together by just thinking about some memorable scenes from movies or YouTube and then finding music that seems to work with them. Sometimes it works the other way round too.

Having played so many gigs over the years, no doubt there have been some funny stories. Would you care to share one or two?

Wow, it feels like every week I have another funny story, that’s why I named my first album The Amazing Adventures of DJ Yoda! There was one time where I inadvertently got the Minister of Tourism for Jersey fired for ordering a plane to be turned round. It’s a long story though…

What inspires or drives you to carry on doing what you do?

I don’t know, I guess it’s just an inbuilt passion. I know that if this wasn’t my job, I would be doing it anyway just for myself. So I feel really lucky.

Can you name one or two career highlights that you are particularly proud of?

Being able to record tracks with my favourite rapper ever that is Biz Markie and having the opportunity to DJ in all sorts of exciting places like Brazil or China; I really do feel blessed! 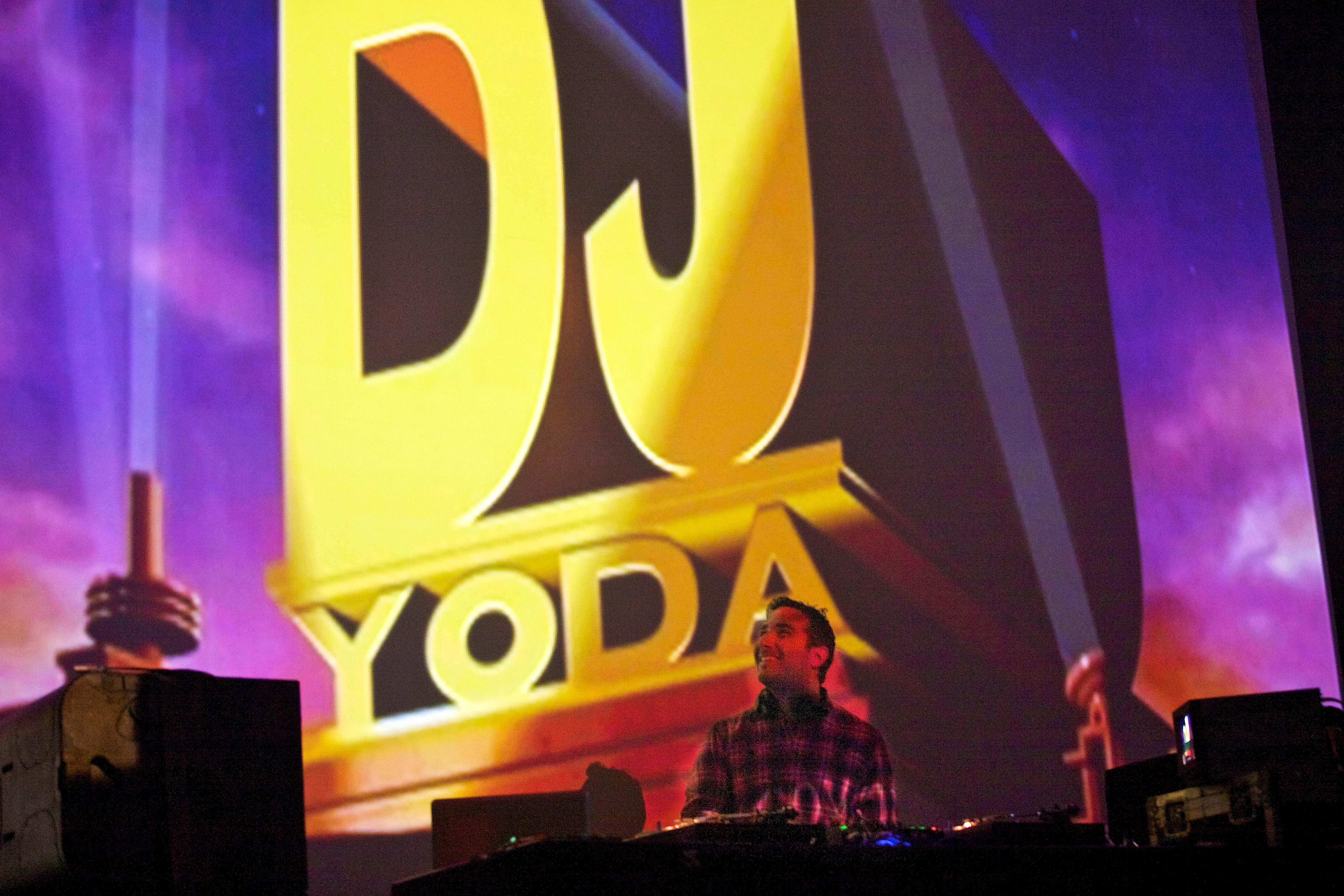