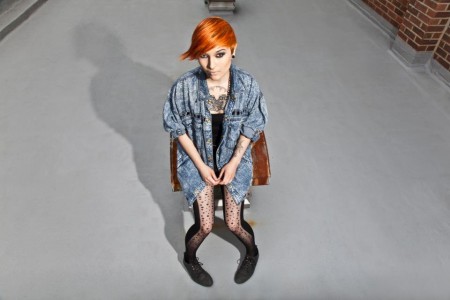 As we approach the end of 2012 no doubt there will be many thoughts on people’s minds- will we actually live to see 2013? If that happens then at least Maya Jane Coles would have ended on a high note.

At just twenty four years old, Maya has taken multi-tasking to the extreme being a singer/song writer, engineer, producer, vocalist and graphic designer. According to her website “she is rather unique.” It could have something to do with her being of part British, part Japanese descent but more probable it’s down to hard work and determination when it comes to unleashing her creative weapons on the world.

In 2011 she was voted producer of the year by DJ Magazine, best breakthrough act for both Mixmag and the Ibiza DJ awards.

As one would expect, the DJ bookings have been coming in thick and fast lest we forget a line of respected producers and musicians who want to collaborate; any one heard of Damon Albarn?

Maya has immersed herself in a sea of electronic music, taking on drum and bass and dub-step initially before finding her feet as house producer. With DJ support from the likes of John Digweed, Laurent Garnier and Steve Bug, this has proved to be a wise move.

Before the anticipated release of an album, there is a Christmas treat from electronic Santa – that is her new EP, Easier to Hide, on I Am Me Recordings which happens to be her new label. The title track is a real deep house-affair with its warm, pulsating dub style bass line, laid back beats and bubbling synth soundscapes. A snappy, almost guitar like arpeggio loop drives the track along nicely but it’s the sultry, whispering vocals of Maya that really make the track work; pure bliss and one to get truly lost in. 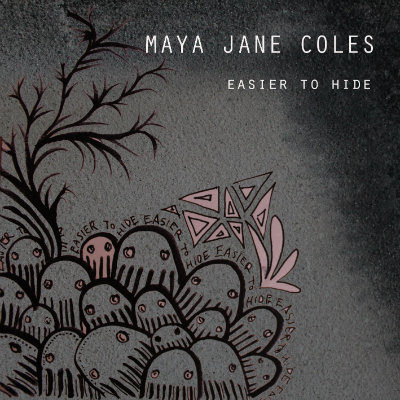 Over picks up the pace slightly with a nice guitar riff and associated sound FX. A dub style bass takes you under once more with some spaced out oriental stabs and some haunting vocals telling you “it’s over”. There is a sense of calm throughout the whole track as you are gradually pulled up to the surface; a real foot tapping experience.

Run with the Wild starts off with a classic house sound and melody, which goes deeper than deep. As the track gently picks up a pace, the synth stab morphs itself into an irresistible groove with the added portamento used to a great effect. Definitely one for the after-hours party, some subtle synth pads build the track to the close and it feels very reminiscent of the old Model 500/Juan Atkins sound; perhaps a nod to Detroit techno.

The closing track Back to Square One is an absolute joy to the senses. Think of it as a blend of dub, breaks, trip-hop and electronica. Starting off with a lo-fi synth pad and some tripped out soundscapes, the crashing beats and slightly distorted percussion give the tune a real gritty feel. Maya’s vocal presence is once again the key here, complementing the music perfectly. Fans of Massive Attack, Portishead and DJ Shadow will feel totally at home.

Easier to Hide is an excellent summation of Maya’s sound right now. She possesses the ability to use subtlety in her music to great effect – less is more applies. Of course the talent goes without saying and it’s not hard to see why she is in demand. You’d better grab her while you can though.

Her brain doesn’t like the idea of being constrained apparently and there are talks of fashion, photography and art – Maya, please don’t leave the music just yet…