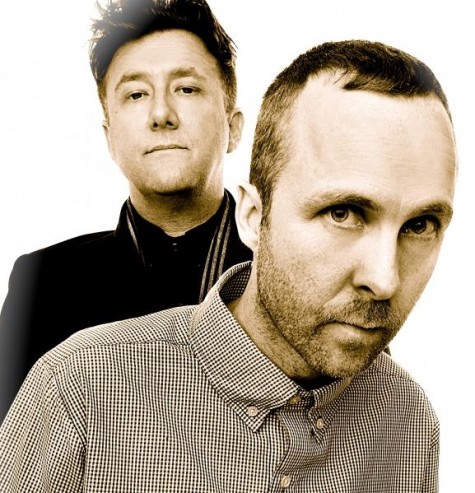 Even without a full tank of gas, it’s fair to say that both Darren House and Darren Rock shouldn’t have to worry about suddenly grinding to a halt. Better known as their musical vehicles Rocky and Diesel, the boys have been around since the early days of house music. They were on the dancefloors at Shoom and many other infamous warehouse parties around London in the late 80?s, buying records long before the word “DJ” became the buzz word of the 90?s. Ashley Beedle, then manager of Blackmarket record store became good friends with the pair, supplying them with the latest white labels and promos and it was only a matter of time before the three headed into the studio, forming Xpress 2. Before they knew it, all three were playing lead roles within the emerging dance music scene.

Tracks such as Musik Xpress and London Xpress both released on the infamous Junior Boys Own label received heavy support from Pete Tong, Junior Vasquez and many other top Jocks at that time.

With a nod to their eclectic upbringing, they formed another outfit, The Ballistic Brothers, showcasing a more jazzy, downbeat side to their sound but still with hints of electronic warfare. A constant stream of global DJ appearances ensured they were in it for the longhaul. Although gaining respectful status in underground circles, their first ‘hit’ that introduced them to the masses was Lazy, a deep house number with vocals by Dave Byrne of Talking Heads.

After more than two decades of releasing music and performing with more than two turntables (twelve have been used on occasions), Rocky and Diesel still have some tricks up their sleeve. Their latest surprise entitled This Is War features vocalist Doll who fronts The Kiks, an indie band based in Brighton. Although they are missing Mr Beedle now (all on good terms), Xpress 2 remains and the tribal house grooves still pervail. I caught up with Darren House AKA Diesel to find out more.

Your new single This Is War is due out shortly on Skint Records, tell us more.

Darren: Well, it’s been something that’s been hanging around for almost a year and a half now. We were looking for a vocalist and finally found Doll, who sings for The Kiks. Basically, our manager knew theirs and we linked up from there. She came down to the studio one day and we recorded the track but it got put to the side for a while. We then went back to it around 6 months later and realised that the backing track wasn’t really working too well with the vocals. After deciding to re-work the track, we invited Hannah back in again to re-do them. I’m really pleased with the results this time round and the juxtaposition of punk/rock style vocals over a deep house record works really well.

You’re playing at some rather large festivals this summer, what can fans expect to see and hear?

Firstly, we don’t play live, we play as DJs. What they can expect to hear will be a lot of the tracks from our new album as well as our usual sets which depends on where we are playing. If it’s festivals say, we normally play a bit more of a party style set, not too much grooving, more one big tune after another. For other gigs we’ll play house music across the board, tech house to full on techno for example. We also like to throw in old classics and some of our own music that we have done over the last few years. 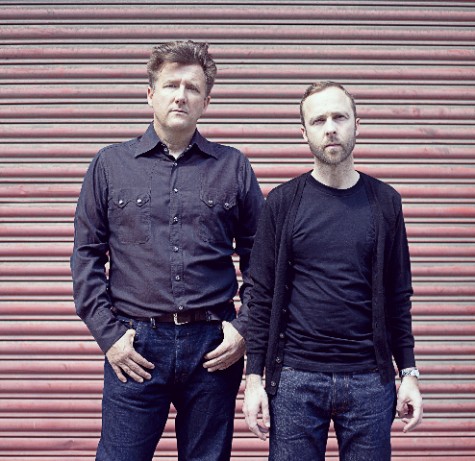 You’ve been in the dance music scene for over 25 years. What do you think the key is to your longivity?

It’s a difficult one to answer really. I’d be a liar if I said we’d had a five year plan or twenty five year plan. The only thing I can think of (and I’m really speaking on behalf of people who’ve been in the business as long as we have such as Andrew Weatherall, Richie Hawtin and DJ Harvey) is sheer passion for the music. I could say it was down to hard work but to be honest we don’t really work THAT hard, it’s just down to a healthy dose of enthusiasm. We do spend a lot of time in the studio and host a weekly show for The Ministry Of Sound Radio, so in essence we do work and are very busy but I just don’t see it as hard work in that sense!

What are you hoping to achieve each time you produce a track? Are you constantly thinking of a dancefloor situation?

I think predominantly we are thinking of a dancefloor situation. If it works beyond that then always a bonus. There is always a mental image we have of how the tune is going to work. Will it be a hands in the air reaction or a real deep head down type of thing. We are aware about crossing over of course and receiving radio play on all the dance music stations, but the tunes are not necessarily made for radio, the dancefloor has always been our main focus really.

You have a follow up album coming soon, after your debut Muzikizum released back in 2002. Tell us more about that.

We are still recording it as we speak. It will be out later in the year and the album title is as yet still undecided. We have numerous collaborations which are being kept under wraps for a while and as I said, we’ll be testing them out over the summer at gigs and festivals. There will be a track on there called Time featuring James Yuill from Moshi Moshi records which we put out last year, but that’s all the information I can divulge at the moment. 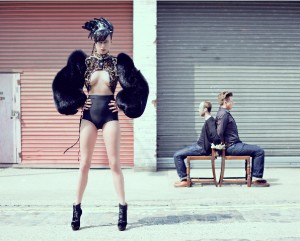 How did you get into producing and DJing in the first place?

Just through real enthusiasm for music from a young age really. I started collecting records, compiling mix tapes and then the next minute you get asked by friends to do a party. I think I can speak for Rocky on this too; there was a situation where the main warm up DJ wasn’t available so we were asked to fill in, you step in and that’s your first shot at it. Also we were going out and meeting people, getting known within the scene, showing our faces as it were. The production was a natural progression from there and it was just a case of us wanting to make music for the dancefloor and drawing from our own experiences of going to clubs.

What advice can you give to aspiring DJs or producers who want to break into the scene now?

It’s a lot different now to when I first started out. Back in those days it was more word of mouth, so in order to get some DJ work, you would be going to a club and ‘hanging out’. As I said it previously, it was about getting your face recognised and getting to know people, a very social thing. Now I think the market is very saturated. So many people want to be a DJ or producer. When we started out not so many people did it, so it was quite specialised. With the arrival of Facebook and Twitter it’s all about networking online to a large degree. My advice would be to use these sites as best you can, put mixes and tracks up on Soundcloud in order to build up a steady fanbase. I still think being a part of the scene in the real world can’t be beat, so in essence it’s best to utilise both worlds. Production wise, I think it’s almost a calling card to write a decent track first, get your presence known through that then hopefully the DJ gigs will follow from there.

What do you think you would be doing if you were not involved in music?

I dread to think! Before I became a DJ, I was working for the Ministry Of Defence believe it or not. At the same time I was DJing, I was also working for the Virgin Records label doing all the club promotions. I think it would still have to be something music related be it working for a label, promoting or music media related.