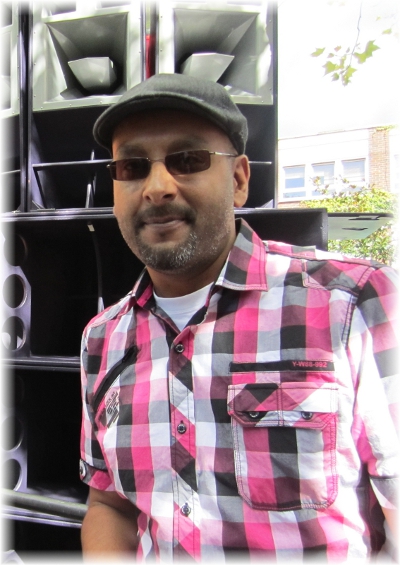 Running a radio station is no mean feat. It takes hard work, dedication and of course a huge passion for music. It also requires discipline, drive and the ability to work through all the pitfalls without giving up. It’s fair to say that local DJ and all round music lover Rupin Morjaria fits the bill perfectly. Hailing from Wooburn Green in Buckinghamshire, Rupin has been involved in the music scene for many years, working as a DJ and club promoter as well as hosting numerous radio shows both in and around the London area.

It was the latter that gave Rupin the idea to start his own radio station and that vision has now turned to reality with the creation of GrooveSkool radio, a name he has used since pirate radio back in the day.

Since its inception, GrooveSkool has built an ever increasing loyal fanbase and is now a fully funtional, one hundred percent legal online station, broadcasting daily to music lovers all over the world.

The Facebook group page is growing by the minute and a recent deal with iTunes can only spread the word even further. The music policy is eclectic with a slant toward funk, soul, hiphop, raregroove and disco although there are no rules on what can be played as long as there is that all important ‘groove’. Apart from his own regular Friday evening slot, Rupin has also employed a wealth of DJ talent from both the UK and abroad in order to cater for a diverse range of music tastes. It’s important to note that he has injected that all important sense of fun into proceedings which has given the station a genuine party atmosphere.

Rupin, you’ve recently started up GrooveSkool Radio, which is now officially a legal online radio station. Can you tell us a bit more about the concept behind it?

Well, initially GrooveSkool was just my own radio show broadcast on various London pirate stations. I enjoyed keeping the music content varied and presented the show in a lighter way without taking things too seriously. The concept of GrooveSkool Radio is really the same; we just want to provide real music with no rules and give a fun vibe to the airwaves. Everyone involved has embraced this concept so well and the feedback has been fantastic; so we know we’re providing something people really want.

What styles of music can the listener expect to hear? Who else is on board?

Listeners can expect to hear all styles of music on GrooveSkool Radio as we don’t have a set music policy. The general rule is to keep things fun & funky. Good music can fall into any genre and we want to give our listeners the opportunity to experience it all.

What are your future plans for the station? Do you intend to expand in any way?

Future Plans for GrooveSkool Radio will be announced in 2012 with a re-launch planned and a new look to the whole website. The music policy will never change and our radio output will always be fun for our listeners. There are a few things happening now including new product/music reviews. We have been lucky enough to have leading audio brands like Focusrite and Novation providing new products for us to review, also record labels like Strutt & Harmless Records are sending promos over. Future Expansion for the radio will include private parties for our growing listeners and friends. We are also looking at applications for mobile devices as well as developing the website with more interesting and relevant content for all our users. Eventually, we hope the GrooveSkool brand will become a household name globally.

You have also secured a deal with iTunes too, tell us more about that.

Yes, we are now available directly through iTunes and listed in their directory under the genre ‘eclectic’. To find us just look under the radio tab! We have to be licensed for online radio broadcast before appearing in Apple’s directory so this was something we did quickly in order to bring GrooveSkool to a wider audience. Almost everyone uses iTunes and the statistics already show a jump in our growing listener base! Future development will see us available on even more devices and music applications. If you use a radio application on your mobile device like ‘Tunein Radio’ for example, just enter ‘GrooveSkool Radio’to listen anytime.

How do you plan to promote the station?

There are many ways of promoting the station; so far we have relied on word of mouth and social networking sites to spread the word. There’s a very nice Facebook group for GrooveSkool Radio which is a great place to find out what’s going on and the latest from us. Now that we’re attracting more interest from around the world there are a lot of opportunities open for future promotion. These will include linking to the music sites brands and products we are associated with plus video campaigns and fun promotional material being produced. The best is still recommendation by a listener so we do rely on them to spread the word as always.

You’ve been involved in the local music scene for many years. Tell us more about your background.

My background is probably not much different to many other people who love music; really, I’m just a music lover who enjoys playing, listening and making music. From collecting records from an early age and throwing parties, I found my interest in music was more than just a hobby, it was my life! This is where I started to DJ and found my love for vinyl, playing soul, funk, disco and boogie at private parties.

In the late eighties I was involved in the early house music scene and warehouse parties which moved me into promoting clubs in and around London. Soon after, I found myself DJing alongside some of the best known and highly respected DJs of the time including Joey Negro, Paul Trouble Anderson, Marshall Jefferson & Tuff Jam.

It was a fun time and a bit hectic but being paid well was a bonus for something I really enjoyed doing. I had been offered to do radio a few times and eventually started on one of the pirates in London. I decided on the name GrooveSkool way back then, the aim was to educate as well as entertain. It’s been with me ever since.

You’re also a respected DJ yourself. What sort of music do you like to play? How would you describe your style?

I love to play music that moves me and makes me smile; I don’t really have a style as such which is why I call myself ‘NoRulz’. It’s something I invented purely because I find it hard to pigeon hole anything; good music is good music after all. If you’re really after my style, I would say party music with NoRulz!

Running a radio station no doubt takes up much of your time. Do you have time for anything else?

Yes, you’re right it does take up most of my time and I’m trying to manage it better so I can spend more of it with my family and friends. It seems like the radio can take over your life if you’re not careful and my girlfriend has been amazing throughout, helping me keep my feet on the ground and putting up with my hectic schedule!

I also run small business unrelated to the radio and I do like off road mountain biking, there never seems to be enough hours in the day though! I’m also working on music/video production.

“The response and feedback we have had for the GrooveSkool has been phenomenal. I would like to thank everyone involved and all the listeners for making it happen! I genuinely feel blessed to have so many great people around me who all contribute in their own way. Looks like 2012 will be our year!”