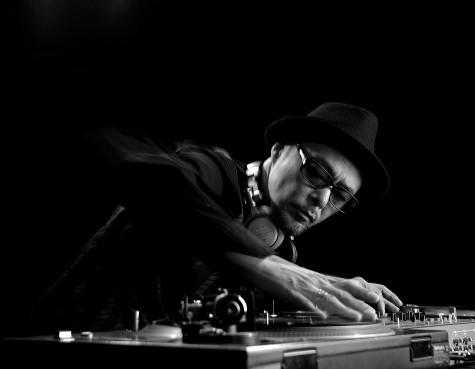 World renowned turntable legend and producer DJ Krush returns to London on the 28th January. He’ll be touching down with the Soundcrash events team at The HMV Forum in Kentish Town to celebrate twenty years in music. The Japanese beat master has carved out an amazing career, most notably within the hip hop world, but that’s just one musical planet conquered. It seems Krush is on a mission, jumping around from galaxy to galaxy absorbing the vast array of music and culture surrounding them. Perhaps it’s this appreciation and respect that has kept him at the top of the game after all these years. Of course there is an undeniable talent but by adding passion, vision and turntable skills to the mix, the result is a man with powerful musical depth and knowledge. Yes, he can rock a crowd but there’s more to it than that, it’s almost beyond the dance.

Born in Tokyo in 1962, DJ Krush discovered his life purpose after watching the hip hop documentary Wild Style. Soon after, he formed a hip hop group The Krush Possse and the group became the biggest act of its genre in Japan. It was the 90’s however that really defined him as an individual.

Krush wasn’t just using turntables; he was playing them just like real instruments with other musicians on stage.

This lead to the release of his debut album in 1994 entitled Krush which caught the attention of listeners worldwide. In the UK, DJ Krush received particular recognition from his appearances on the legendary trip-hop label Mo Wax, breaking down boundaries in hiphop and allowing himself and other producers such as DJ Shadow to explore the outer limits of beat manipulation.

Six albums later and DJ Krush is still breaking barriers. He continues to produce, perform (282 cities and counting according to his website) and write scores for both film/TV. He is also an in demand remixer and has collaborated with a diverse range of artists including Herbie Hancock, The Roots and KD Lang. A new album is on the horizon and an anniversary tour is in progress which started off in his hometown last year.

Twenty years in the business and things are still going strong. What has kept you in the scene for such a long time?

I’ve just been doing my own thing and 20 years just flew by. The most important thing I’ve learnt is to have a faith in myself at all times.

You’re now touring to celebrate these 20 years which started off in Tokyo last year. How’s it been so far? Any highlights?

The kick-off party in July was definitely a highlight. I played a 7 hr set that night and was so happy to see a massive audience dancing throughout the set. It was my birthday too, so there was a celebration on the stage with the crowd and my lovely staff as they had secretly planned it! The world tour started last December and I have already done 3 shows in China, they were all absolutely fantastic. I’ll be touring around Europe from the beginning of the 2012 and I’m really looking forward to it despite a super tight schedule!

You’ve started a new project where you will be releasing a single a month over the following year. Tell us more about the concept behind it.

It’s been such a long time since I released my last album and I wanted to show fans the various directions I’ve been taking during my absence. I decided to release a digital single monthly rather than compiling all of them as an album. These singles will be available on vinyl as well but none of them will be included in the forthcoming long player. 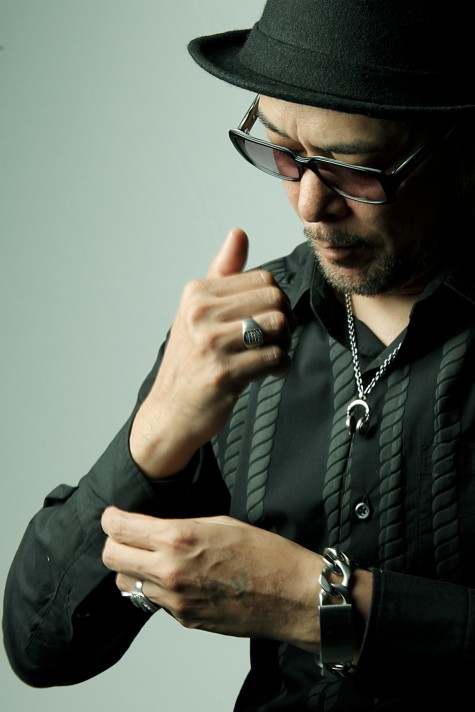 Your long awaited solo album is nearly ready. What can we expect to hear this time round?

The monthly single project will continue until the summer and then the studio album will follow. It will be totally different from the singles but all I can say at the moment is it’s worth waiting for!

You have also been involved in numerous collaborations. Do you have any other projects on the go at the moment?

I’m in a band called Method of Defiance along with Bill Laswell, Bernie Worrelle and Toshinori Kondo. We released an album in 2010 which featured some guest musicians including Herbie Hancock, a new record is supposed to come out in spring too. We played at The Montreaux Jazz Festival a few years ago and are planning to tour Europe in the near future.

You’ve also scored music for soundtracks and TV. Tell us more about that.

It’s not easy to produce music for someone else’s work because I have my own particular style and want to reflect it, rather than just making some music randomly which fits in with the material. It’s always challenging but I enjoy it.

You’ve been credited with giving the hip hop scene a new lease of life during the 90s. Who or what inspired you in the early days?

It would have to be all the old school hip hop DJs like Kool Herc, Afrika Bambaataa, Grandmaster Flash, Grand Wizzard Theodore and Grandmixer DST.

You’ve toured extensively over the years and will be back here at the end of January to perform at The Forum in London. What have you got planned for the show?

I’m looking forward to the three hour set in London and for the first time in Europe. It’s going to be the mixture of my classic style and the new direction. I’m going to play some digital singles I’ve been releasing monthly since last September and new tracks from my forthcoming album as well.

You’ve performed with many respected artists over the years, who do you most admire or have enjoyed playing with?

All the artists I’ve worked with are all equally great and admirable.

Having seen so many genres come and go over the years, what do you think of the current state of music at the moment? What are your thoughts on the digital aspect of DJing?

Evolution is unavoidable but a positive thing. Music evolves, so does the equipment. Most importantly be aware of what you want to do and ensure you choose wisely. Everything is changing ever faster at the moment and so many people are thrown off their stride unfortunately. “Digital or analog, which do you think is superior?” There’s no answer for that kind of question because it just depends on what it’s used for. I take whatever I like as long as it stimulates my imagination and that’s my stance toward this ever changing generation.