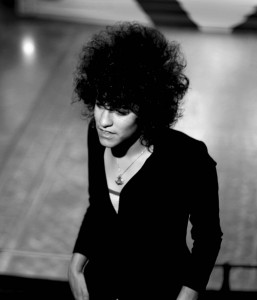 It’s not often that you come across a talented artist who isn’t afraid to express their true feelings. Facing life’s obstacles can sometimes be the making of a person; they can draw on these experiences in order to enhance their lives in many ways. Singer Karima Francis is sincere as they come and has not been afraid to admit that she has faced some demons in the past. Those days are well and truly over. Karima is now at the height of her creative powers and just about to release a new album aptly entitled Remedy.

She has gained much attention within the music media already due to her dynamic vocal presence and when she sings, one can feel the raw emotion and energy coming through.

Originating from Blackpool, Karima seems quite secretive about her early days as an up and coming artist but whatever her own personal story may be; music has shaped her life and proved to be the driving force behind it. She first rose to prominence a few years back with her debut album The Author which lead to an appearance on The Jools Holland Show and heavy national radio airplay.

The newspapers didn’t miss out on the action either with The Observer naming Karima as one of the best new acts of 2009. After taking a fairly substantial break due to personal reasons, she has not been afraid to speak up about the experience and how it affected her life. Indeed, her song writing has become stronger than ever since that time. Karima is now in the possession of a healthy gig dairy and receiving heavy media interest once again, particularly in her forthcoming single Glory Days.

The latter title suggesting an ever growing confidence and sense of achievement; it now appears that the second wind is well and truly blowing.

How did growing up in Blackpool influence you as a person and your music?

The nature of the Blackpool seasons has had a big effect on my personality. I move with these seasons, up and down, from light to shade; as an artist I project this through my music. Blackpool is the creator of much sadness but also has a large influence in many people I have met throughout my life. Even my mum was a dancer, a Bluebell girl to be exact and she thrived in the town. It really is such a wonderful place, and I am very proud to be from there.

Your new singleGlory Days is out in August, how has the reception been so far?  Is there a hidden story in the lyrics?

The reaction to Glory Days has been… Ok. Imagine you’re poor, in fact so poor that someone pops a lottery ticket into your paper cup and that ticket won! That’s what the reaction to Glory Days has made me feel like; one of the luckiest people in the world. It has made record of the week on Radio 2 and people seem to like the song too. The lyrics are trying to celebrate that I have lost the love of my life, sad as it seems. Each time I sing, I try to help others get through their break ups.  If we all stick together at times of sadness, hopefully we will get through it.

Your forthcoming album The Remedy is due out in August. What can we expect to hear and has the song writing been a reflection of recent experiences?

It makes me weary that I have been so honest in this record. The song writing has been about the last three years, you could call it a chapter in itself of my past life.  There are still so many chapters to come through and it’s therapeutic as an artist to be able to capture these moments.  It’s like our musical camera, taking still life as songs and developing for your ears to image.

Apart from your own experiences, who or what else has had a major influence on your music?

The repeated high acoustic guitar part in  La Cienga Just Smiled by Ryan Adams, the one that’s panned beautifully though out the entire song to the right of the speakers,   I could quite honestly say that’s really been a major influence on me and my music. My dream is to one day make and record like a Ryan record. I’ll continue to work hard and maybe one day I can create this sound that I hold in my head every single living moment.

Tell us more about your early days as an up and coming singer/song-writer; the trials and tribulations. How did you develop your vocal talents into what they are today?

I’ve never classed myself as a singer. I always thought if you told the truth, the truth maybe just sounds nice?

You have teamed up with legendary producer Flood. How has this musical relation affected our current musical output?

He helped me believe in myself and what I do. He has also put trust in me as I did in him.  It has been  the correct measure in balance.

You took a well-publicised break from writing music. Do you feel the break helped in long run? Were you still able to lay down some songs or ideas when you least expected it?

I think you know where I went, that’s gone now though. Not for one second did I ever stop writing.  I write every single day even if it’s disgraceful; if I don’t release my feelings I might have a heart attack.

Your gig diary is extremely healthy at the moment. What would you say has been the most memorable of recent times and why?

I think I’ll feel my diary is healthy when there are gigs almost every night of the week. All I want to do is be on the road, every day for the rest of my life. I find I’m whipping out my guitar just about anywhere at the moment, even on trains just to be playing live.  A Memorable time was last night actually, July 4th in Cologne / Germany. I supported John Hiatt in a venue called The Gloria Theatre; it was honestly a gig I’ll never ever forget, ever.