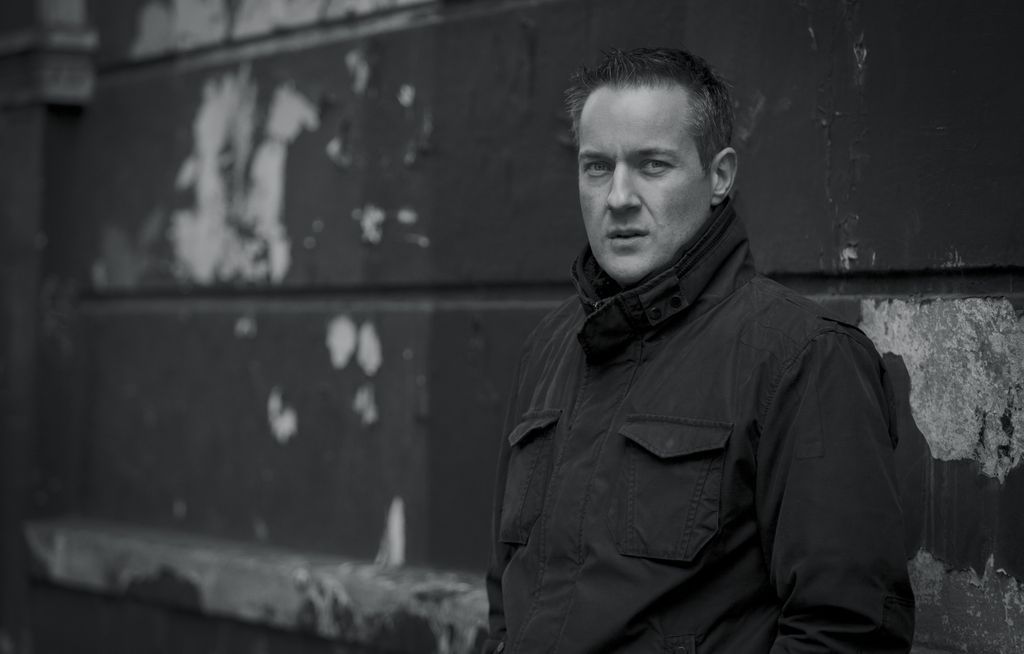 Talk to any ardent music fan about the history of atmospheric drum & bass and you can guarantee the name Future Engineers will be mentioned at some point during the conversation.

Having released music since the nineties on prolific labels such as Good Looking Records, 720 Degrees and Camino Blue, childhood friends Lee Batchelor and Keir Cleminson made a huge impact in the scene with their unique, forward thinking approach to the genre managing to create a perfect blend of cutting edge sounds and musical elements whilst retaining dance floor appeal.

Lee is flying solo these days but still continues to record under the Future Engineers moniker and is in regular demand as a DJ playing guest spots all over Europe. He now runs his own label Transference Recordings and the move has proved a successful one with a string of quality releases.

On hearing, it’s evident that his production skills and innovation remain as tight and creative as ever. We caught up with Lee recently to find out more.

You’ve been a staple part of the drum & bass scene since the mid-nineties as Future Engineers. You’ve now started your own label Transference Recordings. Tell us more about it? How does it feel to be back?

I think having spent so many years signing music to other labels it felt like the right time to start learning the other side of the business and release the music myself. Having been signed exclusively to Good Looking Records for a number of years, it makes a nice change to be able to finish a track and then in a few weeks’ time, have it available to buy worldwide. I still think there’s a huge benefit in releasing music through the big labels to gain exposure and help with promotion but it’s good to know that no matter what music I write, it will have an outlet through Transference.

You’ve carved a unique sound over the years and have always stuck to your guns without following trends. What makes you tick musically? What are you trying to convey through your music?

I guess I’ve always written music for myself ultimately to play out. I try to be aware of what’s going down in the clubs and what the latest trends are. I bare this in mind when I am writing as I think it’s important to keep things fresh and up to date as much as possible with the scene. Musically, there has to be something there to create emotion and depth, to give the music some longevity. There’s so much good music being produced now due to advancements in technology which is great but the music needs to stand out from the crowd.

What experiences or musical influences inspire you to make music? Take us through the creative process in the studio.

The idea for a track will generally come from a sample I hear like a texture or an atmosphere from a film, a piece of music that inspires me or maybe even a patch sound/effect off a keyboard. I’ll often need some sort of background foundation going before I can start building the track around it. Of course, if there is a nice beat to start with, I can then play with some ideas over the top until a particular vibe stands out. The idea for a track could start from an arrangement idea but I may not find the right sound or sample to fit with the concept until months or even years later. There are samples in my library that I know will use eventually but it sometimes takes a few more elements to come along before everything can fall into place. On the other hand, you can sit down all day trying to force a particular idea or style but it ends up turning a corner you didn’t expect and you have to roll with it. In my experience the best tracks are always the ones that come naturally and seem to write themselves.

For those don’t know, Future Engineers is now Future Engineer as it is just you now. Have you found that this has changed the way you write music? How does it feel to be working on your own?

I’ve thought about dropping the ‘S’ from Future Engineers but I don’t see much value in it now. Working on my own has been quite a learning curve to be honest. When you’re so used to working in a partnership, you rely on the other person to take care of certain things and you become lazy to an extent. It’s not until the other person isn’t there that you realise you have to do it all yourself! This change also happened at a time when things were moving to software and ‘in the box’ mixing. Down-Time on Camino Blue Recordings was the first track written and produced solely by myself on software only. I enjoy the freedom that working on your own brings although I do miss having someone else’s opinion to bounce off while I’m writing. Fortunately Keir and I were lucky to be both on a level together musically and we rarely argued over things (although the studio was in my bedroom so I’d change things when he went home. Ha!). Keir has actually just put a home studio together again and we’re talking about writing new material, so watch this space!

What releases do you have planned for Transference this year? Could there be an album on its way?

The label has been quieter than I would have liked in the last year or so primarily due to me being too busy to finish any music! 2011/2012 was a busy time for me due to marriage and unfortunately life takes priority! I have finally completed a series of tracks that have been with me for a long time now, some more so than others. They are available to buy through Transference Recordings in the form of the Exhale compilation. It consists of six tracks – four brand new tracks and two remix’s courtesy of Russia’s Electrosoul System and Cutworks. I am currently working on new material for the label as well as a few side projects. I plan to be writing a lot more material this year going forward so who knows. I might be able to round up enough music for an album if things go well.

The drum & bass scene has changed so much since the nineties and the more musical sound championed by Good Looking Records and the like has become somewhat niche. What do you think of the current state of the genre?

Yes, I agree. The sound associated with Good Looking Records of that era has become niche in recent years. There are labels and artists still pushing this style and I think it still works when updated to incorporate current ideas so the music is always progressing forwards…

Is there any particular artist you’d like to work with and why?

I’d definitely like to work with different artists this year. I plan to approach some producers to do some remix work for me on future Transference releases so this may open the door for collaboration or two. I’d like to get artists involved that will bring a different twist to the music and help it appeal to a wider audience.

You’ve now settled back in Brighton once again which is synonymous with creativity and innovation. Has this helped you with your own music and your approach to it?

Brighton is a great place to live and I guess it will have naturally contributed towards my frame of mind when writing the more recent batch of material. The move to Brighton also coincided with me leaving Glasgow which was the end of an era for me. The majority of the Ellipse EP was written and produced in Brighton and it was the first release on Transference Recordings. This was a special achievement for me and Brighton definitely played a big part in that.

Having released on Good Looking Records, 720 Degrees and other similar labels, you’ve managed to DJ abroad extensively. Can you tell us a particular funny story or experience whilst on tour?

I think the most memorable experiences I’ve had whilst playing abroad is simply seeing and feeling the reaction that the music has. Hearing the music that you’ve spent months and months, sometimes years fine-tuning, striving to produce something close and personal to you being appreciated is a nice feeling. Also, having the chance to meet people that have grown up with the music, to hear how much it means to them and how important this is for the bigger picture makes it all worthwhile.

I understand you are about to emigrate to Melbourne, Australia. Can you tell us what made you decide to make this move?

An opportunity has come up for my wife and I to move to Melbourne, Australia; a side of the world that I’ve never travelled to with my music. My wife is originally from Melbourne so I’ve been there three times now and have always loved the place. The beauty of the Internet means it doesn’t matter where you are based, you can still be connected. I’ll be making the move around January 2014 and I’m looking forward to meeting new like-minded people and seeing what doors may open for me there…

Lastly, you have recorded a new studio mix to accompany this feature, can you tell us about it?

Yes, I recorded it live using Serato as I wanted it to be a ‘hands on’ mix to reflect what a Future Engineers set would sound like in a club. I’ve tried to encompass a variety of styles in the mix, music from artists and labels that I’ve respected for a long time now; hopefully there’ll be something for everyone on there, I think it’s important to show the diversity that drum & bass has with its ever evolving styles and hopefully the mix will reflect this. The set includes tracks from Electrosoul System’s Kos.Mos.Music, Mav’s forthcoming Sounds of the Deep LP on Scientific, PBK’s Camino Blue Recordings, Blu Mar Ten Music, Naibu, LM1’s OffWorld Recordings, Tidal’s Advection Music and Absys Records amongst others.