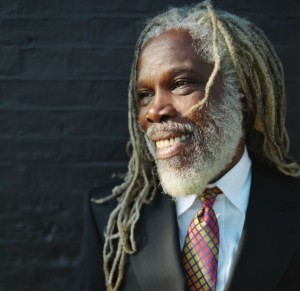 With four No.1 singles in the UK, three transatlantic hits stateside and record sales of over 30 million, the going hasn’t been so tough for Billy Ocean. Still holding the title as the biggest black recording star to emerge from these shores, he continues to ride the waves of success and his recognisable singing voice has hardly changed over the years despite taking some time out from the scene.


The creative addiction to writing music has returned and he has just released a new album Because I Love You, containing trademark ballards soaked in a sea of musical diversity ranging from reggae to soca along with ripples of many other Caribbean influences.

Having recently been awarded a MOBO lifetime achievement award, cast your minds back to the 1980?s. Billy’s first hit Caribbean Queen did remarkably well and peaked at No.4 in both the US and UK charts, earning him a Grammy in the process. The follow up Suddenly taken from the album of the same name was also a best seller. Both tracks were also big hits across Europe, firmly cementing Ocean’s status as one of the defining voices of the decade. The moguls of Hollywood had cleary liked the sound and subsequently used When The Going Gets Tough, The Tough Get Going as the theme tune to the hit film Romancing The Stone which starred Micheal Douglas and Kathleen Turner. They choose well, the song reached No.1 in the Uk and a close second in the US. The video also featured cameo appearances from the cast.

Back to the present and aside the greying dredlocks, the only other sign that Billy Ocean has matured over the years is the support from his daughter as a backing vocalist on his tours; The voice remains supreme. I interviewed Billy recently to find out more.

You’ve taken a long break from the music industry. Does it feel good to be back?

Billy: I’ve been in the music industry since the early 1970?s so it’s been good to take a break. It wasn’t meant to be quite so long but anyway, not only is it good to be back but it’s better. I’m enjoying it more, what more can I say? I’m absolutely loving it!

In regard to your recent album Because I love You. Have your fans embraced the fresh sound of Billy Ocean? What styles or genres can they expect to hear?

The album was recorded in the Caribbean where I have my own studio overlooking the ocean. There are a lot more influences from there as one would expect. I don’t release on a major record label anymore so I thought about trying it myself, which I now have. There are still pop style ballards on there of course but bear in mind I didn’t write the album in England or America, so, expect to hear Caribbean infused rhythms with hints of reggae and soca too.

You’re touring around the UK at the moment to promote the album and then the USA. Tell us more.

I’ve just done a short tour of America for twelve days, that was exciting. I’m going back again shortly to do the same sort of shows, by that I mean the hits. I perform all the classics and they still go down well, it’s what the fans what to hear and they love it. It’s pretty much the same for the UK although I am including all my recent material too. I’m constantly touring here over the summer and there is always a great turn out. I still enjoy it after all these years.

Do you still enjoy performing the old crowd favourites?

The nice thing about doing what I’m doing now is that these are tried and tested hits. I know there will be a great reaction, it’s a lot easier than doing them for the first time. Some artists may get tired doing it, but I still really enjoy singing them and don’t forget there are always new fans, the younger generation perhaps who were not around in the 1980’s.

You won a lifetime achievment award at the MOBO last year. That must have been very humbling for you.

Absolutely, it was nice to be recognised by the industry and fans alike, after all, I’ve been in the business for a considerable amount of time now. Life has moved pretty fast and it only seemed like yesterday when I was trying to make a career out of music. Now that dream has come true. When I look back, I’m extremely proud of the things I’ve achieved and the songs written, so the MOBO award was the icing on the cake for me.

At the beginning of your career there was no Facebook or X Factor to help you out in the industry. What’s your take on the current trend of talent shows and social networking? Do you think it’s a good thing for the up and coming artist?

That’s a good question, I see some good things and some bad. I served an apprenticeship, these new methods don’t give people that training now. There should be some set down procedures that a young artist or singer should have to go through, instead of being taken straight from the street and turned into instant stars. History has already told us, they last for two years or so and then disappear because they haven’t been trained properly for it. On a positive note, it’s nice to see the opportunity given to them but overall I wonder about it. It took me years to get where I am, learn my craft and although one may not realise it at the time, you are learning, learning how to work the industry and at the same time protect yourself. The new talent coming through often don’t see the highs and lows, only the good times. It may come as a shock to people that there can be bad times too.

You’re a patron for the Tech Music Schools in London. What’s your vision for the role?

Well it’s really just to be there to help nuture new artists, to set a good example. Above everything else it’s to encourage them to do the right thing in their careers, let them see what I’m doing. Now and again I get invited to see them where I tell them the truth, things they want to hear, some things they probably don’t, but how are they going to learn otherwise? That’s really about it, I can’t do anything more, the rest is down to the individual.

You’re a big fan of Motown and went to Detroit recently. How was the experience?

My first visit was a few years ago and I went to the original place where all these wonderful recordings were made. It was like somebody’s back room, kind of an unexpected sight but at the end of the day that’s where things happened. I guess the mix of talented musicians and vibes in the room must have been so strong. I went back recently to do a show and it was nice to mention to the audience what a great thing they did for the world. At the end of the day Detroit to me is another word for Tamla Motown, so it always feels like home everytime I go back there.

There is a YouTube video of you performing an acoustic version of Suddenly which has had 700,000 viewings and counting. Would this spur you to perhaps record a new version for your fans?

It has opened up new avenues for me, no doubt. It’s the first acoustic piece I’ve done of one of my songs and maybe I’d like to do a similar thing with some other tracks of mine. I’d rather do these versions by invitation only however, as opposed to doing them just for me. I prefer people to remember the record as it was, there’s is only one version in my eyes, it doesn’t need to compete with itself. It’s better that way for me, for them, everybody really.

You’ve had an illustrious career in music. Any fond memories you’d care to share with us?

I guess my fondest memory would be making the video for The Tough Get Going and working with Michael Douglas, Danny DeVito and Kathleen Turner. It was great to have them involved and I thought it was very big of them, very humble of them, exceptional. I never thought they would do it but what a great job, the three put in so much energy and vibrancy. The timing was also spot on and the video was one of my favourites from that era.