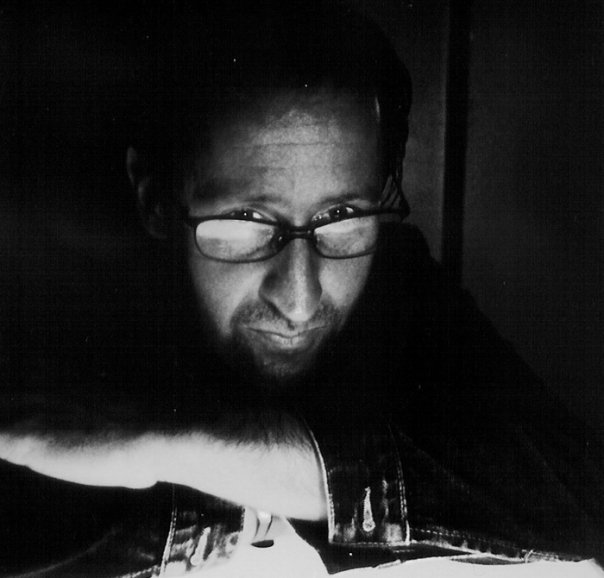 Every country or large organisation requires an ambassador and it’s no different for music. Each genre requires somebody with passion and knowledge that can inspire as well as educate the uninitiated. For Detroit techno it’s fair to say that DJ/label owner and club promoter Claus Bachor could prove a great contender. Based in Cologne, he first started out as a DJ in 1976 then found his then musical taste buds of funk, rare groove, hip hop, electro and disco evolve into the electronic flavours of house and techno.

Working as a music journalist in the 80s, Claus was one of the first people to put on acid and house parties in West Germany also starting up the now legendary RAVE club in Cologne. Having gained recognition out of these club nights, Claus started up Psycho Thrill, an event which specialised in all aspects of techno whilst ensuring that the policy remained strictly underground. Spawning up a label of the same name, over the years he also became known as an outspoken critic with a fierce stance against the commercial side of the music. His support for the electronic scene has seen him grace turntables all over Europe and an appearance in the Detroit techno documentary High Tech Soul.

With a cool 40, 000 records in his basement, Claus is still a vinyl junkie and remains at the forefront of the genre. Psycho Thrill recently celebrated its 20th birthday with an appearance from select members of Underground Resistance’ D3’ performing live and DJ sets from the man himself.

Claus, how did the 20th birthday party go?

I felt very happy with things, Underground Resistance were amazing. It was my goal to bring them to back Cologne after twenty years. I was very interested to see them in their new format, more jazz infected. The last time they were here, Mad Mike, Robert Hood and Jeff Mills were playing with the latter actually becoming a Psycho Thrill resident for some time. I was really pleased to see the reactions from the crowd overall and it was a great success.

Tell us more about the history of the night.

It all started out at The RAVE club here in 1989 which was one of the first underground clubs where we would play, house, techno and acid. Due to economic reasons the club had to close. A few of the DJs went to play elsewhere but I was not happy with what these other nights were playing, almost too commercial for my liking. I decided to do my own thing and keep the musical policy underground hence Psycho Thrill was born. Over the years we’ve had all the big names from America, Europe and of course the UK. I can remember having Colin Fava, Ben Simms and The Surgeon over here on a regular basis; an emphasis on the Detroit sound has always been a main focus.

Many well-known DJs have played at Psycho Thrill. Any highlights for you?

There are only a few that I can really call my favourites, people that I have learned a lot from over the years and they would be Jeff Mills, Derrick May, Armando Gallup, The Surgeon and Colin Fava. There are also some lesser known German DJs, younger guys who in my opinion have the edge over some of the more established names. I do feel that some of the big names have become ‘tired’ and there is a fresh scene emerging from clubs such as Berghain in Berlin and the like.

You’re an ambassador for Detroit techno and a vinyl lover. Can you tell us more about your musical history?

I grew up as a typical German boy in the former capital of Bonn which was a very multi-cultural city. It was this reason that bought me into contact with different forms of music. Also, my cousins in Nuremburg would play me funk records by James Brown and Funkadelic which they had acquired from American GI’s. I then started to collect vinyl from 1972 and it became a passion and I’m a real junkie still to this day. I became very interested in the Motown sound and early music from Juan Atkins. I found his sound really inspiring and it just sounded so fresh. I had a similar feeling with Herbie Hancock and his music also, nine minutes of trippy, hypnotic grooves, it was just incredible. Other labels such as Transmat, Network records and all the early Chicago/Detroit compilations just me feel so familiar and they were breaking barriers at the same time.

You’ve also turned your hand to production and run Psycho Thrill the label and its off shoot Authentic Music. Can you tell us more about the concept behind the labels?

I was thrown into it in a way. I was running a magazine at the time and had access to publishing companies and that sort of thing. Someone said well look you’re running a night, why don’t you run a label alongside it? I thought about it for a while. I knew many artists in the scene through the club and soon after, there were tapes on my desk. When I stopped the magazine, I had more time to concentrate on running it so from 2003-2004 it was a general techno label specialising in the Detroit sound. I then decided to start Authentic music in order to release deep house, dub step, broken beats and breaks. I think if you have one label specialising in too many genres, it can be confusing for the listener. The Psycho Thrill label is more of a collector label; I’m not making big money from it, just breaking even really.

You’ve been in the scene for a long time. What do you think of the current state of electronic music?

That’s a good question but I have no real answer. It depends on the quality of the artists involved. I have not much respect for the guys that buy a MacBook with Reason purely because I feel that many of them are looking around them and not developing their own style. I also feel there is too much thinking about business models as opposed to creativity and imagination being the priority. We have reached a level where there are so many genres around that there are now combinations of everything which is a good thing. We may have to wait a few years until something big comes along but for now I would encourage artists to push boundaries in order to keep things fresh and exciting.

Written By Pete Rann for DMC World circa 2012.