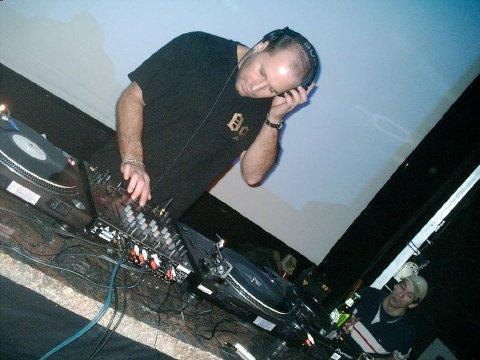 It’s a vibrant Saturday night in Windsor and in a local bar all sorts of funky musical delicacies are being served up in all shapes and forms with an eager crowd willing to taste what’s on offer. I’m at Bar 51 where local DJ Steve Nash is hosting his new monthly night Trunks of Funk offering a menu of old school hip hop, disco, rare groove and 70s funk.

It would seem that he has managed to entice an excellent combination of knowledgeable clientele and those that just want to have a great night out coupled with a quality dance for good measure.

The very fact that Steve is firmly delivering to all those hungry party goers should come as no surprise to anyone. He’s been in the ‘game’ for as long as he can remember. It was back in 1989 that he acquired his first set of turntables and began to DJ in his bedroom. This self-confessed obsession resulted in regular DJ bookings for local clubs and radio, followed by a residency at the legendary house night The Full Monty and a ten year stint on the well-respected dance music radio station Point Blank. Steve also ran a local record shop (with a cool 20,000 to house) whilst promoting his own club nights. He has also graced the turntables at world renowned London music venues such as The Ministry of Sound, Turnmills and the more recent East Village.

Steve then found himself taking another familiar career route from DJ to record producer and started his own label Aquamelon. Predominantly putting out house music, the label is now on its tenth release and has such industry names as Chad Jackson, Colin Brown and Duncan Grey on the books as well as the wonderfully named Paris Syndrome, a pseudonym for a joint collaboration between Steve and label partner Jamie Balantyne.

With a Full Monty special coming up at the end of May, I caught up with Steve to ask him a few questions about life and music.

As a local, you’ve been involved in the music scene here for many years, tell us how did you become interested in dance music?

Like most people, my first real introduction to dance music was from warehouse parties back in the late 80s. I was someone who had never ventured further than my local pub and suddenly I was travelling around the M25 searching for parties.

You were a resident DJ at The Full Monty – a long running house music night in the area. Tell us about that.

Yes, I was lucky enough to be a resident alongside a good friend of mine Elliot Leslie. We played under the name Leslie Nash (a combination of our surnames). We warmed up for some of the biggest names in the dance world. I remember playing before legends like Marshall Jefferson, Todd Terry and Carl Cox. We also went on tour with The Full Monty All-Stars promoting their single Brilliant Feeling.

How do you think the scene has changed over the years?

I think the scene is constantly changing. I’ve seen music styles come and go. I’ve also seen house music fall out of favour. I can understand why a lot of younger people have there own music styles as house music has been around for a long time now.

How would you describe your DJ style? What sort of music do you generally play to your audience?

My own music style really does vary depending on where and what type of club/bar I’m playing at but I do tend to have a balearic type attitude towards music and like to mix it up a bit.

You’ve started running your own nights at Bar 51 in Windsor. How did that come about?

Mark Cooper who runs the Solid Gold nights is responsible for booking all the DJs at Bar 51 approached me and asked if I’d like to do a monthly night there. We came up with the concept of Trunks of Funk and I brought in two very talented local DJs, Monkey and MXD sources. We decided that we would have a very eclectic music policy so we play old school hip hop, disco, funk and reggae. We also have special guest DJs and are looking forward to having yourself at the next one.

What can we expect from you in the future? Any aspirations or goals to fulfill?

We are just in the middle of re-branding our Trunks of Funk night and I’m back in the studio at the moment working on new material alongside Jamie Balantyne for our Paris Syndrome project. Aquamelon’s latest release by The Duncan Gray Brothers is out now in all good record stores and we have another trip to Poland booked for March where the label hosts a regular residency.

There is a Full Monty anniversary special at the Royal Berkshire Polo Club in May. Tell us about that.

When promoters Dave and Mark announced that there will be a 21st birthday party, I think everybody knew this was going to be a bit special. Ticket numbers are limited to 500 and I’m sure it will sell out in advance.