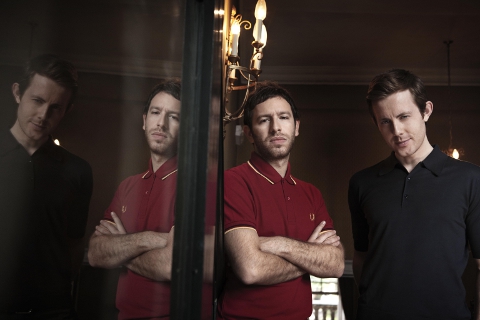 It’s a theme of excess this month at Beat Magazine so everyone is feeling the fall out. Music and excess pretty much go hand in hand. The images of bands trashing hotel rooms, week-long drinking sessions, “groupies” and the statement “what goes on tour stays on tour” are well-known.

I recently read about The 27 Club which refers to a group of legendary musicians, including Jimi Hendrix and Kurt Cobain, who all died at that tender age. They were all victims of excess to a degree. Alcoholism, drugs, late nights and parties took their toll on them eventually. We are all guilty of doing things to excess, how many times have we said “never again”? Everything in moderation in my book but then that’s hardly rock and roll…

It’s a hard life being Chase or Status right now, touring the world as DJs, playing sell-out live gigs and releasing an amazing amount of genre-defying music gracing many a global dance chart.

Will Kennard and Saul Milton have very little to complain about. They have just released their second critically acclaimed album No More Idols featuring such diverse artists as Plan B, Dizzee Rascal and Cee-Lo Green, and their live appearances are in full swing with an imminent tour to North America.

Starting off initially as drum and bass producers, the pair have built up a strong following, releasing music on infamous labels such as Ram Records, Breakbeat Kaos, Bingo Records and their own label ATM. Their first album More Than Alot received applauding support from all the industry heavyweights and the crossover potential was clearly there from the outset.

Refusing to conform to any type of trends with a mixture of drum and bass, dubstep, hip hop and even rock, the boys can count Snoop Dog and Jay Z as fans and their music has managed to strike a chord with a huge-cross section of people.

I managed to secure a short slice of time to talk with Will, aka Status, about music, commercial success and his love of all things British.

How did you come up with the names?

Nothing too deep or meaningful I’m afraid. Saul and I have known each other for a long time and came up with the names when we were both graffiti artists, they’ve been with us ever since.

You were already well-known in drum and bass circles before your commercial success, can you tell us more about that?

Our first love musically was with jungle/drum and bass. We started buying records, became DJs, went out to all the clubs and met various people within the scene. Around this time both of us knew we wanted be a major part of it so we basically packed up our lives, locked ourselves in a studio and learnt how to make beats. The hard work paid off eventually and we got signed to Ram Records. It was great to hang out and become friends with all our heroes, a real big deal for us. We love writing underground dance music and still do with a passion.

Your single Blind Faith along with the video, has caused a stir with people of a certain generation. What inspired you to make it?

We wanted to bring back that whole hardcore, euphoric, rave sound with a nostalgic vibe to induce feelings that people first had when they went out to a club or disused warehouse and discovered this great music, that’s really what the song is about. It was great to work with Daniel Wolfe, who did the video for us, such an amazing director. He shared the same vision as us and wanted to shoot it in a particular way. We were so happy with the way it came out as we really wanted to express visually the early 90s dance music scene and the memories of being young, going out partying until the early hours and having fun with your friends. It really backs up the whole theme of the song.

Who or what are your inspirations for making music in the first place?

Quite a varied selection really, from all genres and backgrounds. Artists such as The Prodigy, New Order, Joy Division, Andy C, Goldie, Stevie Wonder and the Wu-Tang Clan, there’s just an endless list of people who’ve inspired us over the years. Tunes such as True Faith by New Order and Original Nuttah by Shy FX were pivotal records that come to mind and certainly shaped our career path to making music for a living.

Your second album No More Idols peaked at no.2 in the dance charts and draws in a diverse amount of music and musicians. Tell us about the concept behind it?

The new album is really an extension of the last one, perhaps more grime orientated with big songs on there and a higher level of songwriting and production we’d like to think. We wanted to write a real British album being huge anglophiles and are proud to be from here. We also feel the UK has some of the best cutting edge music in the world so thought rather than call up all our American cohorts and go down the ‘superstar’ route, we’d keep it as home-grown as possible.

Of course the album does have the likes of Plan B, Dizzee Rascal and Tinie Tempah so there are some big names on board. We just wanted to say to the world,”you know what, this is Britain, this is British talent and this is what it’s about.” I’m very confident that all the artists will go on to do big things on their own, some of them already have. Much of the lyrics are ‘English’, geared toward the whole UK punk vibe. This album is homage to all of that and the UK scene in general.

Your sell-out live tours are taking the world by storm. How do you find playing live compared to, say, being a DJ?

When DJing, I’m up there doing what I want and it’s my job to show you guys a good time. I’m always thinking what I’m going to play next in order to make people dance. When you’re with a band, It’s “we”, how are we going to make people dance, how are we performing? It’s more like a unity thing, the whole dynamics are completely different. The reactions you get from the crowd are also different, much better in my opinion, pure electricity. They want to hear the tracks from start to finish. Yes they might want to hear a re-edit or a slightly different version perhaps but ultimately they just want to hear the songs.

With a DJ, they want to hear the mixing, the trickery, three decks, four decks, so on and so forth. The live thing is more of a theatrical show, you’ve got lights, visuals and props etc. Both our DJ sets and live shows always cause carnage on the dance floor and we’re very lucky to do it full-time.

How do you work together in the studio? What was it like working with the other artists?

We tend to work the 50/50 rule in the studio, no one is specialist. Both of us play instruments, Saul plays the guitar and I play the keyboard so we each have our own individual skills to bring to the table. It usually starts of with one of us coming up with a cool drum break or sound that grabs our attention then go from there; maybe a blues-style riff, some vocals or synth pattern, everything is then grunged up to provide a bit of grit.

As for the artists, well, White Lies were a great band to have in as they are one of our favourites, British of course and also Tempah T was a bit of a character which sometimes you need when things are slowing up during the creative process. All in all, it’s really hard to pick a favourite as each collaboration was a unique experience and equally rewarding.

What does the future hold for Chase and Status?

Our live shows have really taken off and we have a full diary this year playing at all the music festivals and clubs around the globe. We’re off to North America this month to promote the album and we continue with theNo More Idols tour back in the UK in October. DJing-wise it’s more or less the same thing. We want to do more albums of course and collaborate with many different artists.

We also want to concentrate on our own label MTA Recordings, which has been maturing for a few years now. It specialises in drum and bass and dubstep with an aim to release quality, edgy music. There is a wealth of UK talent on board already such as Nero and 16 Bit, the former achieving a top 15 record, so look out for some new material from these guys very soon.

Are there any other hidden talents or endeavours you do beyond music?

My time is very limited due to music but I play a bit of golf and am a big fan of drama TV shows such as The Wire which is a great escape after spending hours in the studio. If I didn’t produce music full-time I’d probably be writing scripts for TV, so that might be something to think about for the future!