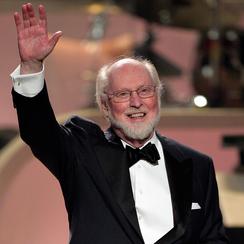 When you watch a movie, no doubt you’ll take notice of the explosive action, intriguing dialogue, memorable characters and pretty heroines waiting to be rescued. Films have the habit of playing with our senses and taking us on a ride through endless human emotions; good over evil, love lost and found, the underdog who finally makes triumphant. In order to connect these emotions to the audience, it is the musical score that provides the necessary medium to create atmosphere and empathy to the story being told. A film without a score is much like bread without butter, dry, hard to digest and leaving little satisfaction at the end. A great musical score can leave a lasting impression and is almost capable of telling the story without the dialogue; in summary, it can add an undercurrent of raw emotion and power. A great score requires a great composer. With a prolific career spanning six decades and numerous blockbuster films under his baton, he has managed to inject a timeless quality to his music that few can match and will continue to set a standard for many generations to come.

As a young boy, I remember my father taking me to see Star Wars. For me, and I would suspect for many others, it was the score that left as much impression on me as Darth Vader or Princess Leia. I purchased a copy of the record and whilst listening, my eyes scanned down the credits on the back, music composed and conducted by John Williams. Shortly after, I then went to see Close Encounters of the Third Kind, again, acquired the soundtrack, scanned the credits, music composed and conducted by John Williams. How can I forget Superman, the ultimate musical score to my youth, the music once again composed and conducted by John Williams. Not wishing to sound like the same old record but you get the picture. This John was certainly getting around and he wasn’t going to stop anytime soon. In fact, he went on write music for such classic cinema as Jaws, Raiders of the Lost Ark and ET the Extra-terrestrial. It was these movies that sparked the notorious collaboration with director Steven Spielberg whom would ask Williams to score for many of his other films.

John Williams was born in Queens, New York and showed a healthy interest in music from a young age. He started to arrange and compose music for the US Air Force band whilst serving his time in the national service, inspired by the music of Wagner and the like. He was also interested in the musical concept known as `leitmotif`, a small melody or piece which when bound together can create a musical picture to tell a story or enhance atmosphere to a situation. After leaving the air force he moved back to New York city where he studied under various notable tutors. During this period, he also played in various jazz bands across the city and became an arranger and bandleader for various musical projects. On stage, he was known to the locals as `Little Johnny Love`.

After his studies, he moved to LA where he became an orchestrator at various film studios, playing piano as a session musician for many well-known film composers of the era. His playing could be heard on TV shows such as Lost in Space and the Time Tunnel. Having gained experience and reputation in the industry, he was asked to score his first film which was entitled Daddy’O, a B movie from the fifties. Whilst this was happening, he was also gaining reputation in Hollywood for his versatility in composing jazz, piano and symphonic music. Not long after, he received his first Academy Award nomination for scoring Valley of the Dolls and then again for Goodbye Mr Chips. Clearly, he was starting to make some serious waves and this was set in stone with his first academy award for Fiddler on the Roof. After this, he then scored the music for classic seventies adventure films such as the Poseidon Adventure and The Towering Inferno.

It’s his collaborations with film director Steven Spielberg that he will be best known for however. A young Spielberg had approached Williams after hearing his previous scores. The first outing Jaws about a killer shark on the rampage used a two-note motif, so simple but so effective in creating suspense and threat of imminent danger or death. There’s the sci-fi epic Close Encounters with its famous five note figure which features both as the soundtrack and a communication signal to the aliens. It’s also interesting to note that for Close Encounters, both parties developed the script and music closely together which was unusual for a Hollywood film. It took two years to bear fruition.

During the same period, Spielberg introduced John to George Lucas who needed a score for his up and coming sci-fi film Star Wars. Lucas requested a grand symphonic score and he certainly got one. Taking his inspiration from the golden age of Hollywood composers, the main march bears a close resemblance to the theme tune for Erich Kongold’s movie Kings Row from the 1940’s. If you would care to Google or look this score up on YouTube, it is rather uncanny. Nonetheless, no credit can be taken from John for the overall musical tone to the film. He then went on to compose the music for yet another sci-fi epic, ET. Again, the script and the music were closely related. During the filming for ET, Spielberg was so captivated by the final sequence of music that he re-edited the on-screen action to suit, something that had rarely been done before.

Taking a similar approach to Star Wars, he then went on to write the music for the action-packed Indiana Jones trilogy with its boisterous, frenetic marches and love themes. Throughout the eighties and nineties, John went on to score for other Spielberg classics such as Schindler’s List, Jurassic Park and Saving Private Ryan and in the last decade he even did the music for three of the Harry Potter movies. Many of these scores have received or been nominated for Grammys and Oscars.

It’s safe to say that John Williams had a huge influence in my childhood and certainly helped expand my imagination and emotion as a young boy. One can’t underestimate the contribution he has made to the movie world. Try to imagine any of these films without the famous marches and love themes. There would be no grand entrances, action packed pursuits or decisive duals. They say keeping it simple works and when you think about it some is. The two-note theme to Jaws, the five-note theme to Close Encounters, the underlying march to Superman. We have come to associate these musical phrases with our everyday life and events, for example, when there is the threat of danger or a super human feat is achieved. This is testament to composing music of an everlasting quality which is capable of firmly engraining itself into the human psyche, that is, to associate a certain piece of music with a particular emotion that is recognised by many on a global scale. There is no doubt he has a gift to create the right mood and atmosphere to film and is able to construct a musical script that can almost eliminate the need for any spoken word.

As a final note, it’s also worth mentioning that aside from film scoring, John is still actively conducting for various orchestras including the Boston Pops and New York Philharmonic. He has also written several concert pieces and a Symphony. What’s clear is that there are many strings to this man’s bow, so can there be any more? Well, I’m sure they’ll be many a musician willing to give him one.