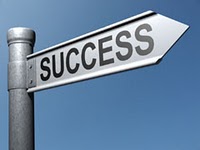 A few years ago, I was at a pretty low point in my life. My self-esteem was bad and I wasn’t really sure what I wanted anymore. I can remember coming home from work and going straight to bed, often without eating; procrastination was a big word in my vocabulary. I felt lost and that something was missing from my life, everything seemed like one big effort. I felt empty and my life seemed to be stagnating. Year after year often finished with the same old thoughts, “Just what have I achieved or accomplished this year?” Perhaps I was being hard on myself. I thought back to my childhood years when everything was so care free and happy. I had lost that sense of adventure and zest for life. I was existing but not really living. I knew I wanted to crawl out of this self-dug hole but didn’t quite know how.

Around three years ago, I woke up one morning and said to myself, “This is the first day of the rest of my life”. That classic statement. I wanted to make some improvements. I was ready to learn and break old habits. It was around that time that I also discovered my first self-help book. The very words self-help will no doubt cast images of failure and desperation, how wrong that perception is. To start with I would rather label them as self-improvement, now that sounds much better already. You see, since reading these books, I now look at the glass is half full scenario as opposed to the glass being half empty. My mental attitude has changed entirely as has my self-esteem, confidence and overall outlook on life. It’s safe to say that personal development is now a big part of me, I’m now looking to come out of my comfort zone as much as possible, put myself out there, try new things, be open to new ideas. Which fear am I going to conquer next, how can I utilise my mind to be the best it can be, how can I reach my full potential? 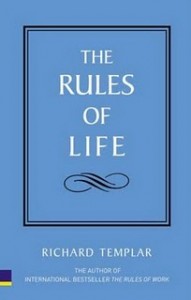 So, let’s have a look at some of these books more closely. My first read was The Rules of Life by Richard Templar . When I saw this book in the shop, it just stood out for me and looked like a very simple read which I thought would be a good introduction to the genre. On the back, it says A Personal code for living a better, happier more successful kind of life. It contains 100 rules to abide by and relates to every aspect of life such as personal, relationships, family, hobbies and work. Here are three favourites of mine which I still apply today. The first is ‘Only dead fish swim with the stream’. The point this is making is that life is a struggle and it should be, if I’m floating along then I’m not trying hard enough, there should be pitfalls or strong currents to test us. We have to keep swimming or be swept away. The next one is ‘You’ll never know from which bits of effort comes the best reward’. You have to put a hundred percent effort into everything you do even the small things that appear irrelevant. You also never know which things will pay off, if they don’t then it’s not the end of the world and always looking for a payoff can be a bad thing. Lastly, there is ‘Prune your stuff frequently’. In other words, de-clutter your mind. Anyone that walks into my flat will get a sense of sparseness, there’s your reason. A clear out refreshes the mind and leaves you feeling more in control. 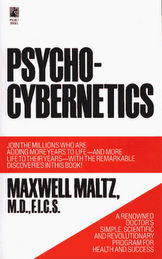 My next and probably favourite book so far is Psycho Cybernetics by Maxwell Maltz. Written in the sixties, Maltz was one of the world’s most highly regarded plastic surgeons. He became interested in helping people after noticing a difference in his patients once they had their operation. He concluded that everyone has a goal seeking mechanism and that once it has been guided or has a destination to reach, will turn and head toward it. Of course, it can deviate from this path if we allow our emotions to get in the way and this is half the point of the book. It’s almost a eureka moment when you read this and realise that anything is possible and all you need to do is switch the machine on by way of taking action and deciding where you want to go. For me, there were many powerful things that I had to read over and over again, the concepts however are fairly straight forward. He talks a lot about ‘excessive carefulness’ whereby you are trying too hard to please or not to fail which leads to an inhibited personality, fear of coming out of your comfort zone and trying new things. He also talks about living in the past and dwelling on previous failures, “You make mistakes but mistakes do not make you” he tells us. It is also beautifully written and sometimes he is almost drumming things into you, for example, when talking of the inhibited personality: “Stop tearing yourself apart. Second guessing yourself or playing Monday morning quarterback to your past actions is defeating, watch for this self-criticism and pull yourself short!”. 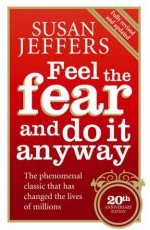 The last book I read was Feel the Fear and Do It Anyway by Susan Jeffers which is a bit more of a simple approach than the last. It’s a great statement, feel the fear and do it anyway. I use it continually every time I want to come out of my zone or try something new. This book explores the some of the reasons behind our self-made fears and offers ideas in how to handle them. In fact, one of the simplest quotes is “I’ll handle it”. Another powerful statement for me is that if you are feeling fear it is generally because you do not feel you are worthy or adequate enough to handle the task. The book covers intimacy, being alone, ageing and decision making. The latter I was never very good at. Every time I had to make a decision, I’d spend days trying to make the correct one. I was so worried about making a wrong choice. In the Feel the Fear, Susan says that there is no such thing as a wrong decision, merely that one is taking a different path; this is a simple yet powerful statement. So, next time you are struggling to make a decision, try to look at life as one big map of roadways. You went left instead of right, you took a wrong turning and cut across, the point is, you’ll end up somewhere but it’s not necessarily wrong. Of course, the path can be altered anytime at your command although there is no correct answer, everything has risks.

As you can see, these self-improvement books are all intertwined in some way or another, they just slant on different aspects of the genre. If any of you are considering reading these books, I wouldn’t necessarily tackle these particular ones. I recommend them but it’s more of a case of what works for you and what your individual issues are. Everyone wants to better themselves and I do hope that you all take on some of the things I have mentioned and try it for yourselves. So, the big question I want to ask to you all is, “Are you living to your full potential?” If not you certainly should be or at least be on the path to getting there. For me there is nothing worse than wasted talent. A great title from an old song I know is “The mind is terrible thing to waste”. We have to keep learning, facing new challenges, riding the storm and heading for our desired destinations.

Of course, that destination is certainly achievable but it is a long journey to get there and not easy. I’m already on this journey and although it has its ups and downs I can feel my potential gradually rising to the surface, the road ahead looks clearer. Everything I undertake seems to have more meaning now, I feel at last things are finally starting to bear fruition. I attribute a majority of my successes to these books I have read so far. The best thing is, they are available to each and every one of you, just a mere click or shelf away. Every person on this planet could benefit from reading these books, many won’t and that is a great shame, I believe that only people that are ready to make big changes in their life will do so. There is indeed a lot of information to be absorbed and I have found that rather than being able to memorise everything, I have read something, maybe only one line or paragraph that has resonated deep within which has changed my life for the better. I think this is the way they are supposed to be.

I’m also a big fan of quotes in general and I’d like to leave you with a couple of simple ones, my personal favourites. The first is from science fiction writer Ray Bradbury: “Life is trying things to see if they work”, the idea being you don’t know until you try. If you don’t like it move on until you find something you do. How many times have we heard people say, “I wouldn’t like that” or “it’s not my cup of tea”. I ‘ll believe that only when they have tried it to support their statement. The next is a classic from basket player Michael Jordon: “I’ve missed more than nine thousand shots in my career. I’ve lost almost three hundred games. Twenty-six times, I’ve been trusted to take the game winning shot and missed. I’ve failed over and over and over again in my life. And that is why I succeed.” Again, how many people do we know that tried something once, failed and never did it again, “I tried Golf but my swing was bad” or “I couldn’t talk to that girl over there”. I’d maybe believe them if they had tried it a thousand times over, yet they can still be winners.

So ultimately it appears that the fear of failure is a big driving force behind many of life’s obstacles but remember this short final quote, “The key to success IS failure.”