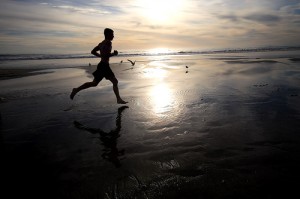 Whilst on holiday with a few friends in Barcelona a few years ago, my friend Steve suddenly declared, “Right, I’m off for a run around the town, catch you later”. In short, I thought that was a bit of a strange statement to make, we were on a break after all. As a runner myself now, looking back, realisation dawned on me that I wasn’t part of the running brigade at that time. After spending many a drab occasion on tread machines in local gyms, that very same person suggested that I do it outside. Since that moment of enlightenment, I now regularly exchange my work clothes for running attire.

It has been proven that running is just as good for the mind as it is for the body. There are so many benefits but it takes an initial effort to get to a standard where the effects really start to be noticed. It’s a cheap sport to take up but also a high impact activity, you can put up to three times your own body weight on one leg, so it’s important to wear correct trainers that are well padded on the inside and also reinforced underneath to prevent any potential injury. 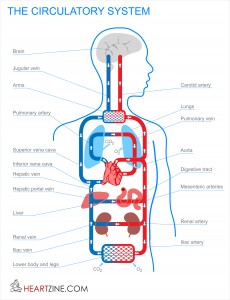 The most obvious benefit is cardiovascular fitness. This type of fitness is the measure of ability of the body to transport and utilise oxygen. The simple diagram above shows the flow around the heart and lungs. As you breath in, the oxygen is released into the bloodstream to the heart which then pumps it round to vital organs. Carbon dioxide is vented out as you inhale. Running on a regular basis makes the arteries expand and contract more than usual which creates elasticity which in turn helps lower the blood pressure. It keeps these arteries open so the blood can flow smoothly. It’s a proven fact that athletes can have up to a fifty percent reduction. Studies have shown that as you run, the lungs are forced to use more tissue but in doing so utilise fifty percent of unused air which is usually untapped. This has a positive effect on the body in general, boosting the immunity system and reducing the onset of heart attacks, cancer and other such diseases. 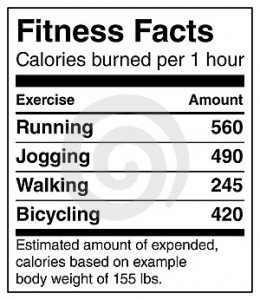 Running is also excellent for weight loss. Looking at the above comparison chart, the discipline comes in at the top, only cross-country skiing burns more calories. Running requires a great deal of energy which means a number of calories are burnt usually around 100 per mile.

One of the most known facets of running is the runner’s high which refers to a state of elation or euphoria after a workout is complete. This is due to the endorphins released during the process. Endorphins, otherwise known as endogenous morphine is a morphine like substance produced in the body and is released during times of excitement, danger and other forms of stress. This magic hormone is produced at the bottom of the brain and is released into the bloodstream. It then binds to a part of the brain known as an opioid receptor to induce a state of well-being. During a run, when muscles have used up all their storage of energy, the endorphins are then activated into the body. This is why many people have a smile on their face both during and after a marathon. 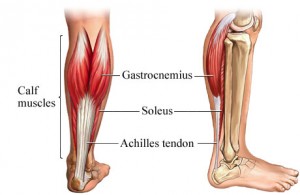 There are some downsides to running unfortunately. The main one is injury. This can be due to a number of things such as too much running, too far mileage, running style and not taking enough days off to allow the body to recover properly. There are many different types of injuries. Here are two of the most common. The first is stretching of the Achilles tendon. This tendon connects two major calf muscles to the back of the heel bone. If the area is subjected to too much stress, the tendon tightens and is forced to work too hard. In time, it becomes inflamed and can tear or rupture. The other is the runners knee. This occurs when the cartilage under the kneecap softens, cracks or wears away, resulting in pain and inflammation. The cartilage becomes almost sandpaper like due to the kneecap not riding smoothly over the knee itself.

Despite these drawbacks, running can change your life. It has improved my self-esteem, motivation and confidence as well as given me supreme fitness. I’m a more positive person in general and always feel better after a good run. Stress isn’t really an over-used word in my vocabulary any more. Things don’t seem to drag me down as much and I can always seem to look on the brighter side of life without too much effort. I’ve become more focused and goal orientated. Whilst running, there are many hurdles and obstacles to get over, at times you are in a mini battle with your mind but the sense of achievement afterwards is second to none. It’s also good for your social life as you can become a part of the running community. Running clubs and groups offer the opportunity to meet, train and compete with like-minded people. You can also travel to numerous races with new found friends and create an amazing camaraderie and help each other reach their full potential. 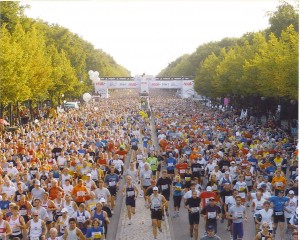 Finally, take a look at this final picture. Each and every person has their own reasons for taking part. Some want to get fit, some wish to lose weight, some hope to raise money for a charity. Some are doing it for a lost loved one perhaps, some have a personal best time to beat. Think of the awesome energy and atmosphere that all this creates and keeps the runners addicted, coming back for more.